Official: Lionel Messi Out For 7-8 Weeks With Knee Injury 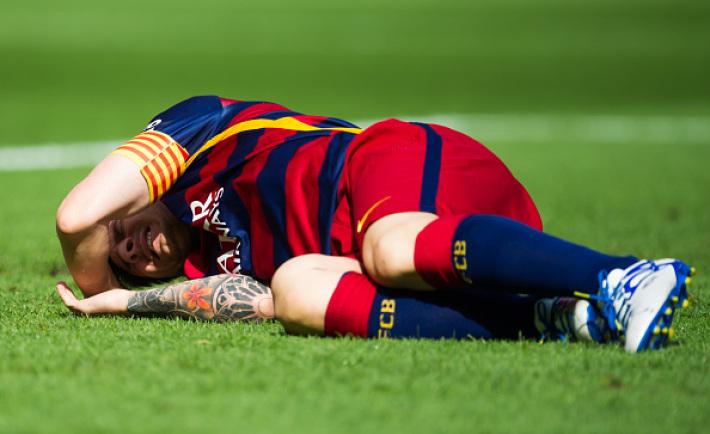 Barcelona defeated Las Palmas 2-1 in their sixth Liga game of the season but won’t be in a celebrating mood as their star man Lionel Messi is set to miss the next two months out with a knee injury.

Lionel Messi had Barcelona’s first chance of the game and got injured in the process after colliding with Las Palmas defender Bigas in the fourth minute. The Argentine complained of pains to his knee and was taken off for treatment. He later made it back into the pitch but couldn’t continue and was replaced by youngster Munir El Haddadi.

The 28-year-old was taken directly to the hospital and more tests were carried out on the knee and the Barcelona medical staff reported that their all-time top scorer is expected to be out for 7-8 weeks as he suffered a tear in the medial collateral ligament of his left knee.