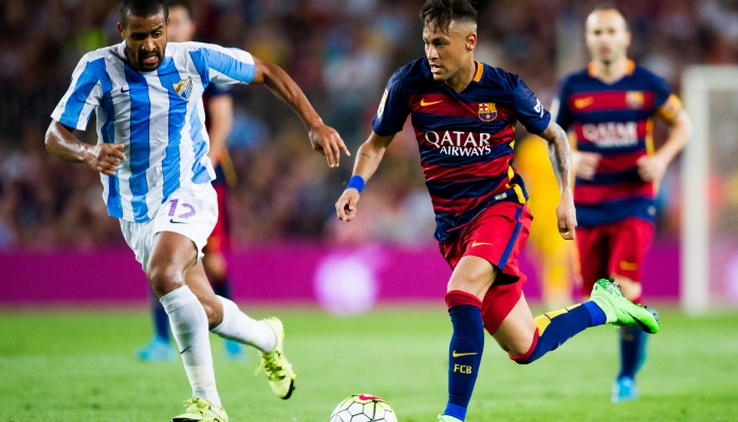 Barcelona sporting director Robert Fernandez was on a tour to different Barcelona-based papers and spoke in an interview with Catalan source L’Esportieu on Thursday, September 3rd.

During the interview, Robert Fernandez talked about a lot of things including the recent rumours during the transfer window that suggested English Premier League club Manchester United were in a €190 million bid for Barcelona winger Neymar Jr.

The rumour came after Manchester United failed to snap up the transfer of Pedro Rodriguez from the Catalans, losing the player to bitter rivals Chelsea FC. Manchester United were big time favourites to land the forward but they seem not to be serious with the deal and Jose Mourinho’s men acted quickly to meet the player’s release clause which saw Pedro move to Stamford Bridge in a transfer that didn’t last up to two days.

It was after this issue that the English media as well as some Brazilian source started to report that the Red Devils are ready to make a record move for the star with a €190 million bid on the card. However, Barcelona forward Neymar Jr has previously dismissed rumours of a transfer to Man United, assuring Barça fans of his stay, but it is Robert Fernandez, the club’s Sporting Director that refuted the claims this time.

“Manchester United’s €190 million offer for Neymar? Many things come out that aren’t true. We haven’t received anything. He’ll stay at Barça,” Fernandez was quoted as saying by L’Esportieu.

Moreover, rumours of a transfer has died down as the Red Devils completed a £36 million move for AS Monaco’s 19-year-old winger Anthony Martial who was also a target for Barcelona before the transfer window closed.

Fernandez also spoke on marksman Lionel Messi during the interview, praising the Argentinian talisman saying he is clearly the best football player in history.

“[Lionel] Messi is the best in history. He’s a beast. I doubt any other player can show up with his performances.”

Lionel Messi was crowned UEFA’s Best Player in Europe for a record second time last week Thursday, he is yet to register his first goal of the new Liga campaign and is currently with the Argentina national team.

Finally, Robert Fernandez spoke on the possible renewal of youngster Rafinha Alcantara. The Brazilian’s contract at Barcelona ends in June 2016 but Fernandez insisted that his renewal will be officially signed in the next few days.

“Rafinha’s renewal is imminent. We’ve had talks and he’ll sign very soon. He wants to continue here,” he said.