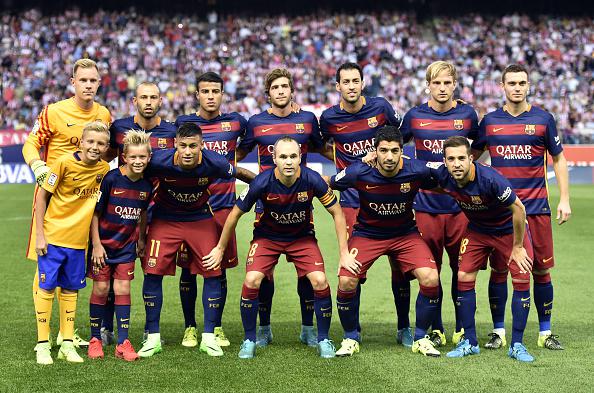 FC Barcelona will have a lot of work to do in the coming three weeks as they will take part in six hectic games in just the space of 17 days including two UEFA Champions League clashes against AS Roma and Bayer 04 Leverkusen.

The Catalans continued their impressive form in La Liga this season as goals from Neymar and Lionel Messi gave them a convincing 2-1 comeback win over Diego Simeone’s Atletico Madrid at the Vicente Calderon to go clear at the top of the Liga table.

Up next for the Azulgranas is their first game in the 2015/2016 UEFA Champions League campaign when they travel to Italy to take on AS Roma at the Stadio Olympico. The Catalans travel to Rome to kick-start the defence of their European title on Wednesday, September 16th, a game which will see Coach Luis Enrique return to his former team.

After returning from Italy, Barça will then host Levante at the Camp Nou four days later in La Liga at 8:00pm CET. This is a rather easier fixture than the rest ad Barça saw off their opponents 5-0 in this fixture last season.

Another acid test comes right after the Levante game when Barcelona travel to Galicia to take part in a tricky fixture against Luis Enrique former team Celta Vigo three days later before hosting newcomers Las Palmas at the Camp Nou three days after the Celta game.

It will be a travelling game for Enrique’s team as they return to Catalonia to host Bayer Leverkusen at the Camp Nou in their second Champions League game of the season before making a trip to Seville to take on Europa League Champions Sevilla at the Sanchez Pizjuan in La Liga.

Barcelona have been blighted by injury problems of recent as the likes of Dani Alves, Claudio Bravo, Thomas Vermaelen and Douglas Pereira are all out through one injury problem or the other, meaning the Catalans will have much work to do in maintaining the fitness of these players during this period.

It is unclear how long Thomas Vermaelen will be out through injury but Claudio Bravo and Dani Alves are likely to return before the Sevilla game. Gerard Pique will be available for both UCL ties and his Liga ban will come to an end after Barcelona’s next fixture against UD Las Palmas.