Luis Enrique’s men take on AS Roma today and are aiming to follow the footsteps of Real Madrid, Atletico Madrid and Sevilla who comfortably won their games 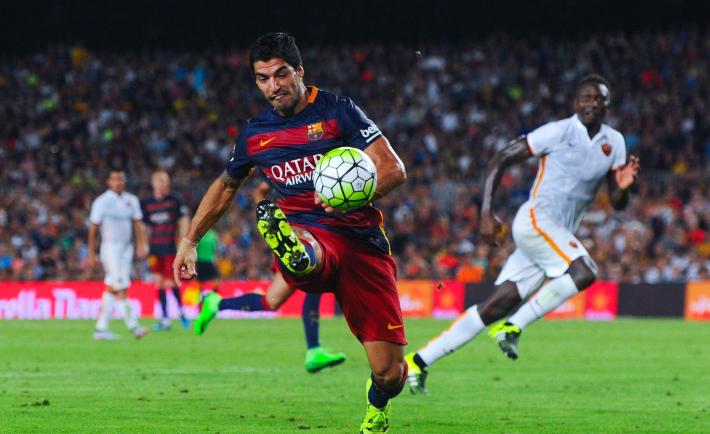 As if it wasn’t enough that five teams qualified for the UEFA Champions League from Spain, La Liga teams have started to shake the tournament’s main event as all of the three teams that played on Tuesday grabbed comfortable wins.

Real Madrid beat Shakhtar Donetsk 4-0 at the Santiago Bernabeu to cap off a fine start to their quest to win La UnDecima thanks to a hat-trick from talisman Cristiano Ronaldo and a lone goal for Karim Benzema.

Real Madrid were not the only Madrid-based team in action on Tuesday as Diego Simeone’s men also played their first game of the tournament. The Colchoneros were up against Galatasaray away from home and it was no other than the fearsome Antoinne Griezmann that stole the show as the frenchman grabbed two first-half goals to give his team a well deserved 2-0 victory over their opponent.

Sevilla returned to UEFA Champions League football as a result of their impressive showing in last season Europa League campaign after they successfully saw off. Dnipro in the final to win the title for a record 4th time which earned them an automatic qualification into Europe’s elite football club competition. They were up a gain fellow returnees Borussia Monchengladbach and got an easy 3-0 win over the Germans at the Sanchez Pizjuan.

FC Barcelona and Valencia are the remaining teams left from Spain to play their opening game. The Catalans are hosted by Italian giants AS Roma and will be looking to continue the impressive form of La Liga teams by getting all three points at the Stadio Olimpico, a familiar ground.

Talisman Lionel Messi will be looking to get on the score sheet in his 100th Champions League appearance for the Catalan giants after perceived rival Cristiano Ronaldo scored thrice in Real Madrid’s win.

Valencia are up against Russian site Zenit St. Petersburg and will be looking to make it 5 out of 5 for La Liga teams. Both games kick off at 8:45pm CET.