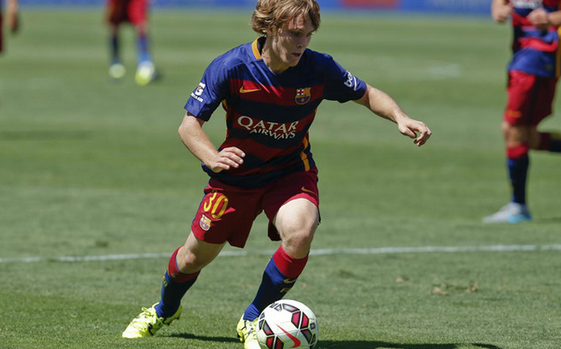 Barcelona youngster Alen Halilovic will definitely leave the club this summer transfer window with a host of clubs fighting for his signature.

However, reports have it that Spanish team, Sporting Gijon – who are Barça’s favourite option for the player – have won the race to sign the midfielder/winger on a loan deal.

Clubs from England have made enquiries with German team Hamburg being the former favourites to land the Croat but pulled off the deal due to a clause that specify the minimum number of games Halilovic must play with them.

The English Premier League is Halilovic’s favourite destination with his father wanting the 19-year-old to play for a team that will feature in this season’s UCL or Europa League campaign. However, Sporting Gijon, who returned to the top flight from Liga Adelante will sign the star.

Reliable Catalan source, RAC1 reports that both Halilovic, Barcelona and Sporting Gijon have agreed a deal and the player’s agent will travel to Barça on Friday to complete the process officially.

They will be no buy-option or a specific number of games in the deal, but Sporting Gijon will pay part of the player’s wages.