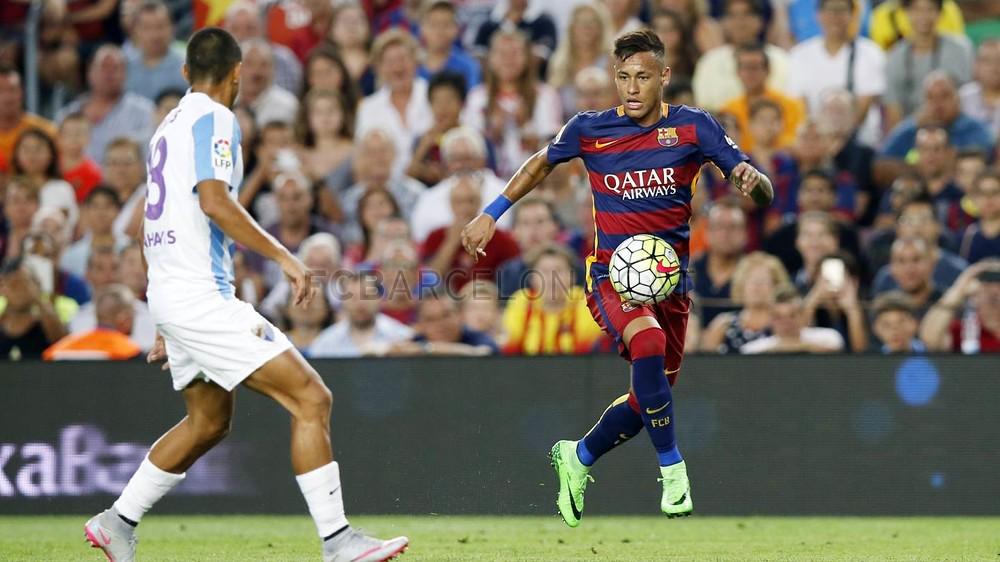 Barcelona forward Neymar has finally spoken on the recent transfer speculation linking him with a move to English Premier League giants Manchester United from Barça this summer for a mammoth transfer fee.

Both the English and Brazilian press have stated in the past week that Manchester United have focused their attention on bringing the Brazilian to Old Trafford after losing out on Pedro Rodriguez to rivals Chelsea FC.

The reports stated that Man United have been monitoring the player for the past three months and are ready to splash a world record all-time transfer fee of £240 million to bring Neymar to the Barclays Premier League.

These report came just days after Pedro Rodriguez snubbed the Red Devils to join Chelsea but Neymar has calmed every rumours down, saying leaving Barcelona for Manchester United is not a thing and assured Barça fans that he’ll be staying.

“United rumours? I don’t think anything when I hear things like this,” he told TV3.

“I’m very happy at Barça, with these teammates, Barça fans shouldn’t worry about the situation,” he said.

Neymar who has been out of action for the past two weeks played 86 minutes in Barcelona’s 1-0 win over Malaga. The star was diagnosed with Mumps after the Joan Gamper game against AS Roma on August 5 and didn’t play in Barcelona Super Cup games. However, he has fully recovered and is delighted to be back to action.

“I’m very happy with the game and I’m happy I’m back, that I can play with the teammates once again. It’s the beginning of the season and the main aim is winning,” he said.

The Brazilian also congratulated Belgian defender Thomas Vermaelen on his match-winning goal. The defender joined Barcelona last season but featured only once for the Catalans as he was sidelined for most of the season with injuries. His 73rd minute strike gave Barça the win, and Neymar was full of praise for the goal.

“Goal Vermaelen? We’re really happy for him. We have a good team and our squad are united.”

Speaking on his fearsome partnership with team-mates Lionel Messi and Luis Suarez, Neymar insisted that the three will try as much as possible to repeat their amazing last season goal tally of 122 strikes. Barcelona are not in their best scoring form, winning 1-0 for the second consecutive Liga game but Neymar believes the Trio can again match that 122-goal tally this season but insisted the most important thing is winning.

“We can again have a great season. (122 goal by the Messi-Suarez-Neymar trident?) We’ll try to achieve that again, but what we want most importantly is to win trophies for our team,” he said.

Neymar had a dream season for Barcelona last term scoring an astonishing 38 goals through all competitions and he played a significant role in the team’s treble win.