Mikel, Moses Should Go Out On Loan – Oliseh 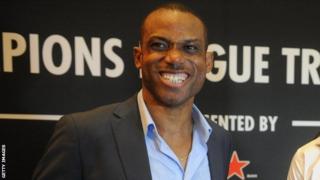 Super Eagles coach, Sunday Oliseh has advised Nigerian players at big clubs abroad to go on loan to other clubs instead of staying on the bench all the time.
In an interview with BBC, when asked how worrying it is to see some of Nigeria’s best on the bench at Chelsea, the former Borussia Dortmund and Juventus midfielder said, “Players not playing regularly at their clubs is a huge problem because they might struggle with the rhythm.[post_ad]

“I’ve spoken to the majority of the players that may come into the reckoning to play, to be in the first pool of players that we are building. But they have to do something about it
“They are still young they need to think about playing now and it might not be bad for them to go out on loan and play and maybe get to a level where Chelsea will have them back to play and not just sit and watch.
“The player will decide his fate, it’s not for the national team to impose but I would advise them to play as much as possible.
“They will have to try and play as much as possible.”