Jordi Alba Set To Be Fit For Barcelona’s Liga Opener 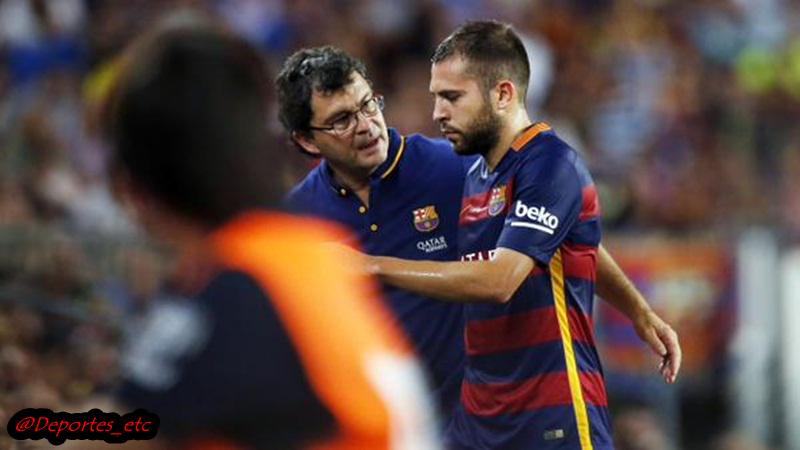 Barcelona left-back Jordi Alba is set to return to training and be fit for the club’s first Liga game of the season against Athletic Bilbao on Sunday according to Catalonia source RAC1.

The Spaniard sustained a hamstring injury in Barcelona’s 3-0 friendly win over AS Roma in the Joan Gamper Trophy on August 5 and tests result maintained that he will be out for up to 15 days.

Today, August 20 completes the stipulated length of the injury and the star is set to return to training to begin workouts for his full recovery.

The injury kept Jordi Alba out of Barcelona’s three Super Cup games this season already, and his recovery will be a huge boost for the Catalans as Jeremy Mathieu and Adriano Correia, who are his back-ups, don’t seem to add that spice that he adds.

The Catalans already have headaches in defence as only four defenders are available, but with Alba set to return, he’ll join the likes of Thomas Vermaelen, Dani Alves, Marc Bartra and Javier Mascherano as available defenders for the game on Sunday at the San Mames.