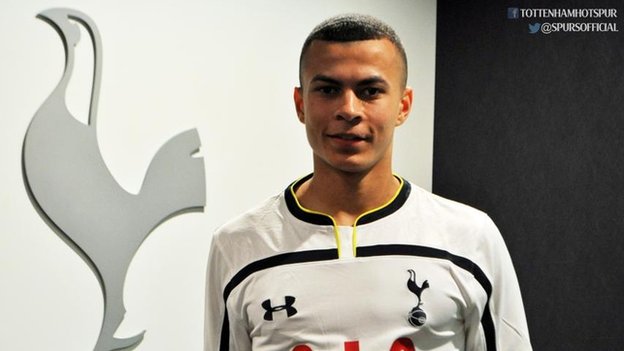 Tottenham Hotspur manager Mauricio Pochettino has named his starting XI for his side’s Premier League opener against Manchester United on Saturday afternoon.
England youth international Dele Alli is in line to make his official debut for the Londoers, having made the bench.
However, there is no place in the 18 – man squad for Josh Onomah, who was involved with the first team during their pre – season training.
At the Audi Cup held this week, the midfielder started against AC Milan while he came off the bench in the closing stages against Real Madrid.[post_ad]
In Spurs final game of the season during the 2014-15 campaign, Josh Onomah, an England Under 18 international, made the 18 – man squad.
Tags: News
Share6Tweet4