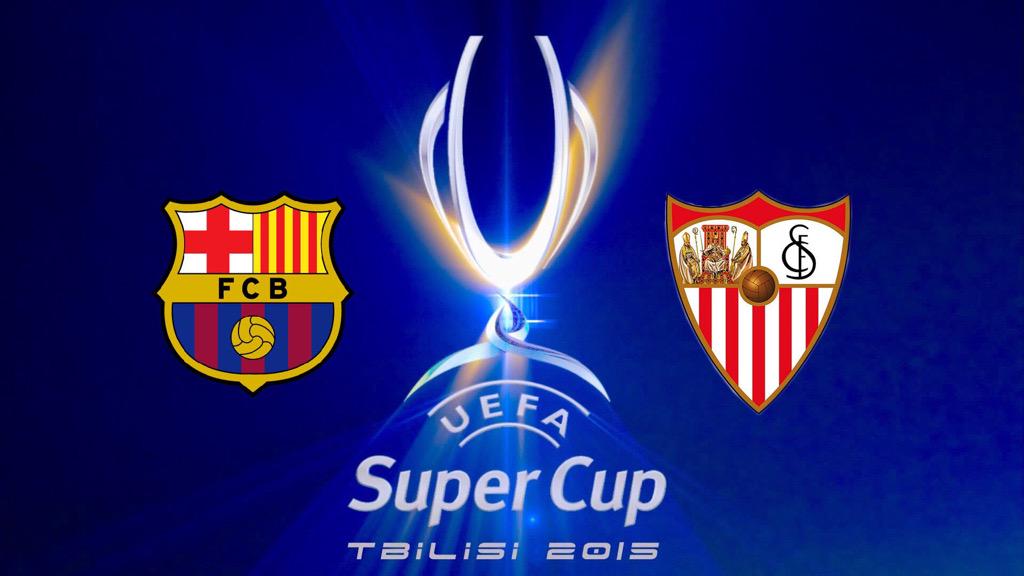 Barcelona kick off their 2015-2016 official campaign with a tough clash against Spanish giants Sevilla in the 2015 edition of the European/Uefa Super Cup in Tbilisi, Georgia.

The Catalans defeated Juventus in the final of the Uefa Champions League in June, while Sevilla beat Dnipro Dnipropetrovsk to take the Europa League crown. Both teams go head-to-head in the second consecutive all-spanish final to determine the best team in Europe in a highly-anticipated Super Cup final.

The big news is the unavailability of Barça star Neymar Jr who was diagnosed with Mumps earlier this week. The Brazilian, however, is set to be replaced by Pedro Rodriguez who has previously won the trophy on two occasions.

Marc Andre Ter Stegen is likely to beat Bravo to the goal post and Jeremy Mathieu will surely feature at left-back with Jordi Alba and Adriano both out injured.

Barcelona and Sevilla have met once in this fixture and it was a one to forget for the Catalan giants as they were thrashed 3-0 by the Seville outfit.

Current Sevilla coach, Unai Emery has not beaten Barcelona in 19 matches but has made a couple of new signings this summer with Yehven Konoplyanka and Ciro Immobile set to feature, though Carlos Bacca and Aleix Vidal have left.

Barcelona go into the game with the aim of securing their fourth trophy of 2015 to keep hopes of the Sextuplet alive and are also aiming to equal AC Milan as teams with most Uefa/European Super Cup titles in history. Barça currently has 4 titles with the Rossoneri boasting an incredible five.

FlyBarca Prediction: With Sevilla missing out on last year’s Super Cup trophy to Real Madrid, they will be a tough opponent for Barça but the Catalans are favourites and with Messi, it’s like Barça play with an extra man.
Barcelona 3-1 Sevilla.