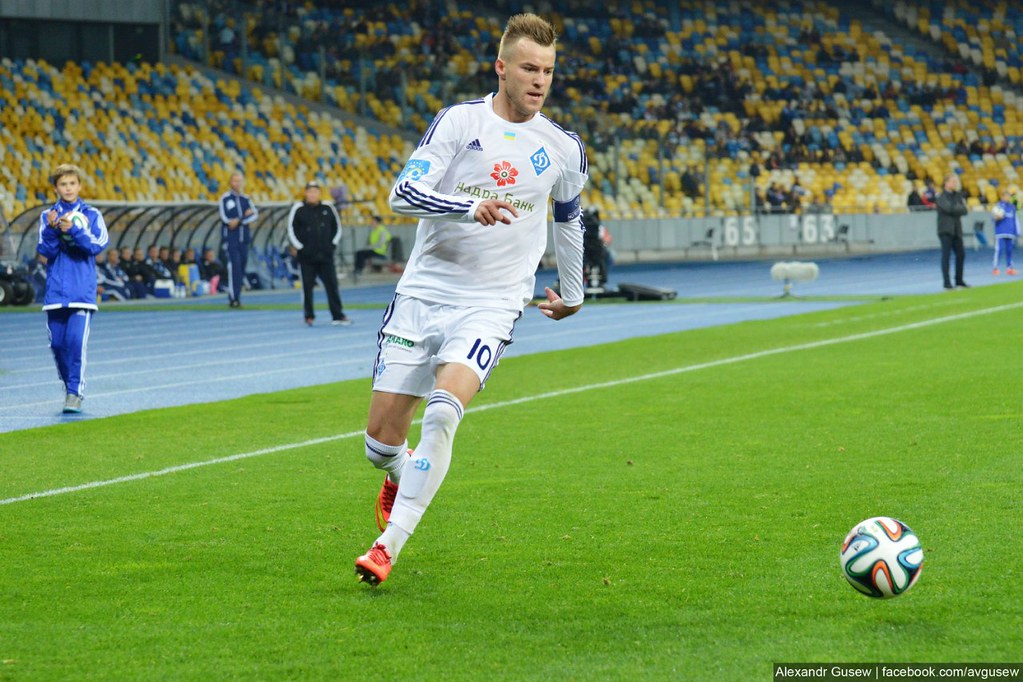 Pedro Rodriguez joined Chelsea FC last week from Barcelona after signing a 4-year contract with the blues in a deal worth €30 million. With the Spaniard no longer a Barça player, it leaves Luis Enrique’s squad impaired as youngsters Rafinha Alcantara, Munir El Haddadi and Sandro Ramirez are the players that will replace any of the Messi-Suarez-Neymar trio in cases of any injury.

These youngsters cannot be trusted, hence, Barcelona want to add an already-proven replacement to cover up for the trident and listed Celta Vigo’s Nolito and Dinamo Kiev’s Yarmolenko as options.

As claimed by SPORT, Barcelona don’t want to sign any more players this summer as they feel it is not the best option to sign a player who can’t play until after 5 months. However, the case of Yarmolenko is a bit complicated as the star is set to reach a €25 million agreement to join English side Everton this summer.

With Yarmolenko’s agreement with Everton in sight, Barcelona are forced to react to negotiations in order not to lose the star. The report claims Dinamo Kiev have given the Catalans until Friday to pull out a deal with the 25-year-old.

However, SPORT say the Catalans do not plan to match Everton’s €25 million bid but are preparing a bid worth €20 million in three payments. Firstly, €5 million when both team close the deal, another €5 million in January 2016 and a final €10 million at the end of the season. Also in the deal, the player will stay at Dinamo Kiev until the end of the year provided they don’t qualify for the Uefa Champions League and will join the Catalans in January.

Also, the Blaugranas will be able to sell back the player to Dinamo Kiev if he finds it difficult to adapt to the Barça philosophy and doesn’t fill in well to the team as they did with former defender Dmitro Chygryinskiy who was sold back to Shakhtar Donetsk after spending a season at Barcelona.

Barcelona are not Yarmolenko’s only suitor as various European clubs are seeking for his signature with Arsenal and Everton the strongest battlers and the latter the favourite to sign him after a fee has been agreed with Dinamo Kiev.

The player is reportedly in love with Barcelona as recent rumours states that Arsenal manager Arsene Wenger contacted the player for a transfer to the Emirates but the star replied saying “No, my dream is to play for Barça.”

Andriy Yarmolenko is a 25-year-old winger, his natural position is at left-wing but he’s featured at the right and also as a midfielder on numerous occasions. He is considered the best talent in Ukraine and has featured in the Uefa Champions League. The star is currently spending his eighth season at Kiev.

His astonishing abilities are a plus as he is blessed with pace and can beat his markers with a variety of skills. He is also 1.88m tall which provides him an advantage in the air.

If he’s signed, he’ll be Barça’s third signing of the summer but can’t play until January 2016.