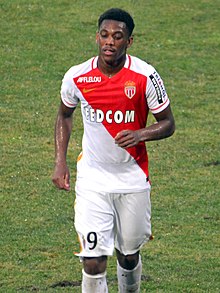 Barcelona continue the search for a winger as they look to replace Pedro Rodriguez who has left the Catalans for Chelsea this summer and are interested in bringing AS Monaco’s 19-year-old winger Anthony Martial to the Camp Nou, reports Spanish Radio Cadena Ser.

Pedro joined Chelsea on a four-year deal and his exit from the Camp Nou leaves Luis Enrique squad depth hanging by a thread. Although they have Rafinha Alcantara, Munir El Haddadi and Sandro Ramirez – youngsters who can replace Pedro – Barcelona want an already-proven player for the role.

AS Monaco slapped a €20 million price tag on the player and according to Cadener Ser, Barcelona will present an official transfer bid during the dying stages of the transfer window.

Following AS Monaco’s failure to qualify for this season’s Uefa Champions League campaign after losing 4-3 on aggregate to Valencia, Anthony Martial’s exit looks more likely to happen as the star will be excited to take part in Europe’s elite football competition for Barça although, if he joins the Catalans, he won’t be able to play for them until January 2016.

Following Pedro’s exit, Barcelona have outlined two names to replace the Spaniard, Celta Vigo’s Nolito and Dynamo Kiev’s Andriy Yarmolenko. The former however is set to sign a new contract with his club which will in turn increase his €18 million buyout clause by more than 50% while Yarmolenko has agreed a €25 million deal with Everton, an amount Barcelona surely won’t meet.

With both the transfers of Nolito and Yarmolenko set to fall through, Barcelona may well turn their full attention to Anthony Martial given the fact that he is still very young.

The 19-year-old french man who Monaco signed for just €5 million from Lyon in 2013 scored 11 goals in 42 games for his side last season and helped them reach the Uefa Champions League Quarter Final.

He was once linked with a move to Chelsea with rumours stating the London Club made a bid of €55 million for the player.

Logically, one can say this transfer is very unlikely to happen but with the present condition of the Barça attack, a sharp back-up player is needed to support in cases of situations when one of the Messi-Suarez-Neymar trio gets injured or suspended and Barça might just fire in a bid that will land the player instantly as they did with Arda Turan.

Chukwueze In Danger Of Being Left Behind

What Is Going On With This Super Eagles Star?