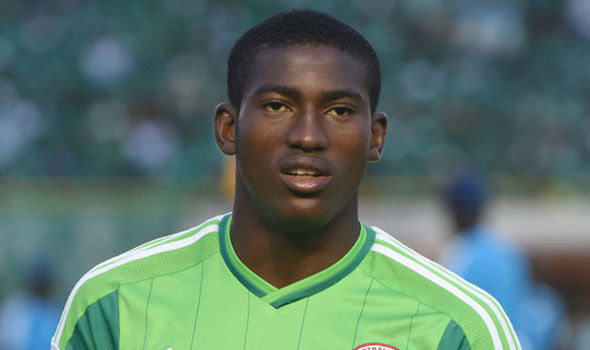 The Nigerian teenager has impressed the Reds’ scouts and has earned himself a place in the club’s youth set-up.
And according to Nigeria U23 spokesman Timi Ebikagboro the striker will put pen to paper on a deal this week.
He told Africanfootball.com: “He will leave this week for England to sign his contract with Liverpool and that is why he is not here training with us for the All Africa Games.”
The 18-year-old has reportedly been a target for a number of top European clubs including Monaco, Red Bull Salzburg and Porto.[post_ad]