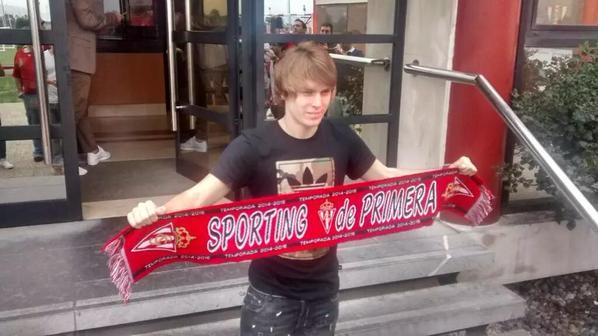 The Croatian talent was supposed to be promoted to the first team this season as stipulated in his contract but Luis Enrique feels the player won’t get enough playing time to develop, thus loaning him out for him to gain first team experience.

The 19-year-old was pursued by a host of European teams with German side Hamburger SV set to sign him, only for them to drop out of the race due to a “playing time” clause Barça wanted in his contract.

Halilovic joined Barcelona last summer from Dinamo Zagreb and has sinced featured for Barça B where he scored four goals. He made his first team debut in the Copa del Rey under Luis Enrique this year.

His amazing playing style has led to comparison with Barcelona talisman Lionel Messi. The official presentation of the player will hold tomorrow as well as his first training session.