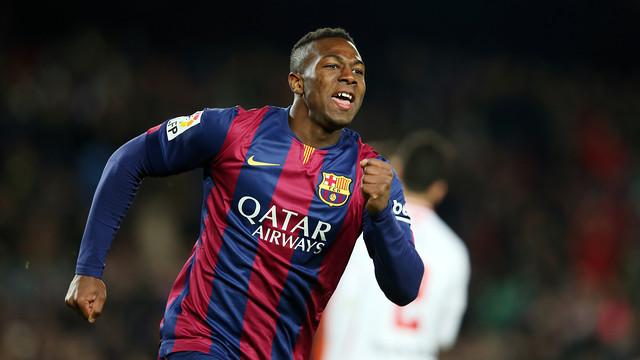 Following the relegation of Barcelona B to the Segunda B, the 19-year-old is more likely to leave the Catalan club as there doesn’t seem to be any vacant space in the first team’s attack following the promotion of strikers Munir El Haddadi and Sandro Ramirez.

Pep Guardiola is renowned for sighting promising young talents and is keen to bring Adama to Germany as he did with former Barca midfielder Thiago Alcantara.

The report states that Guardiola has personally spoken with Adama to convince him to join the German champions and is ready to trigger the star’s €15 million release clause.

As things stand, Barcelona have six strikers in the first team and with Pedro likely to leave, five is not a good number for Adama and he may just leave, with a long term loan move or a buy-back deal not ruled out.

Adama Traore is a pacey player and can tear any defence apart with his skills and dribbling ability. He is regarded as one of the most talented players in Barcelona B.