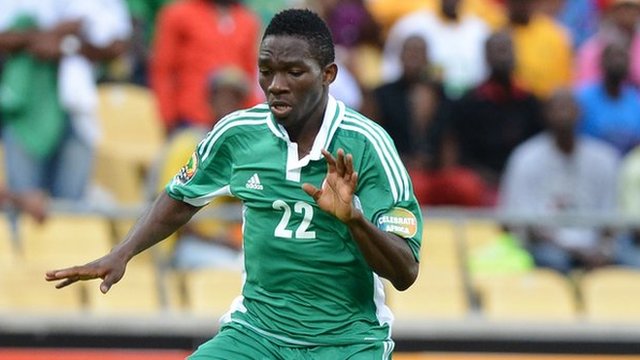 Few days ago young Chelsea defender and Nigeria international Kenneth Omeruo was linked with a move to Turkish Super Lig club Kasimpasa, it has now been confirmed that the youngster has agreed to join the club on a year long loan.
The central defender did not travel with the Chelsea squad for their pre – season tour of Canada and this confirmed that he is surplus to requirement at Stamford Bridge.[post_ad]
So for the third season in a row, Chelsea power brokers have decided to farm the Nigeria national – teamer out on loan for him to continue his development.
The 21 – year – old previously enjoyed loan spells at ADO Den Haag and Middlesbrough, making 69 appearances in total for both clubs.
Kenneth Omeruo is tied to Chelsea until June 30, 2018.
Tags: NewsTransfers
Share6Tweet4