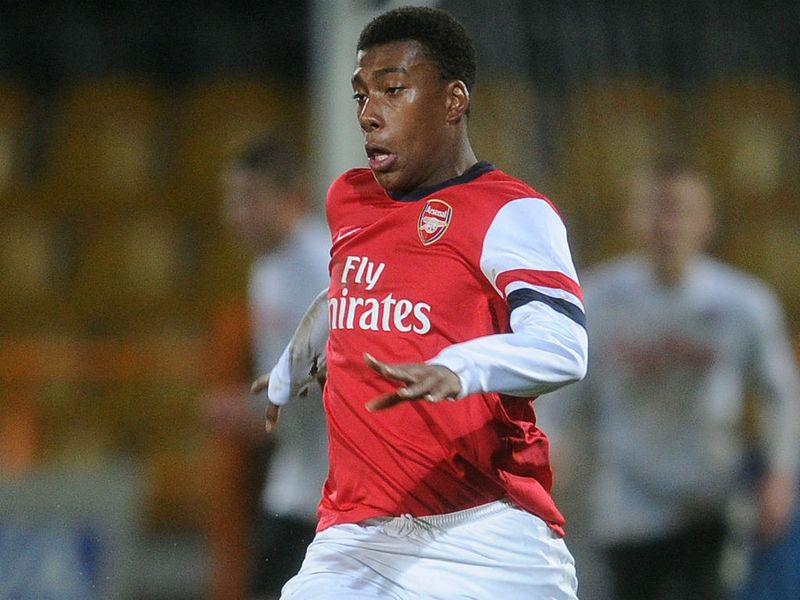 The Nigerian U23 national team would have been stronger with the addition of Arsenal youngster Alex Iwobi in the side to face Congo in the 2016 Olympic Games qualifier on July 19 at the Liberation Stadium in Port Harcourt.
This is the submission of Dream Team XI assistant coach Fatai Amoo and media officer, Timi Ebikagboro while speaking on the team’s preparation ahead of the game against Congo.
The Arsenal U21 captain is part of the 27-man squad announced on Monday by manager Arsene Wenger for the team’s pre-season tour of Singapore.
“The boy is a great talent, but unfortunately, we cannot have him play for us, even at any age level now. But he’s eligible for the senior national team, the Super Eagles, because he has represented England at youth levels. He would have strengthened our team for the Congo game if he was qualified for our U23s,” Amoo said.
“Alex has expressed interest in playing for Nigeria and that is encouraging. Hopefully, he will don the green and white jersey of the senior national team.”
Ebikagboro corroborates Amoo on Iwobi, who is a nephew to former Super Eagles playmaker and captain, Austin ‘Jay Jay’ Okocha.
“When he was invited to the camp, he related well with the other players. He is level-headed and proved he could be a team player. We wish him the best,” the U23 Eagles Media Officer says.
Arsenal will kick off their pre-season games with a friendly against a Singapore Selected XI next week Wednesday, July 15, before taking part in the Barclays Asia Tournament.
Premier League sides, Stoke City and Everton are the other top clubs Arsenal will face aside the Singapore Selected XI.
Iwobi, whose father, John is from Onitsha, Anambra State, will be aiming to impress Arsene Wenger in the Gunners’ tour of Asia just like compatriot Chuba Akpom whose parents are also originally from same state.
The U23 national coach, Samson Siasia had told Complete Sports when he was coach of the Super Eagles how keen he was to cap then Arsenal youngster, Chuks Aneke with the lad’s parents ready to come to Nigeria for a face-to-face meeting with Siasia.
Unfortunately for all parties involved, the Super Eagles failed to qualify for the 2012 African Cup of Nations in Equatorial Guinea and Siasia was relieved of his national team duty by the Nigeria Football Federation.
Tags: NewsU23
Share6Tweet4