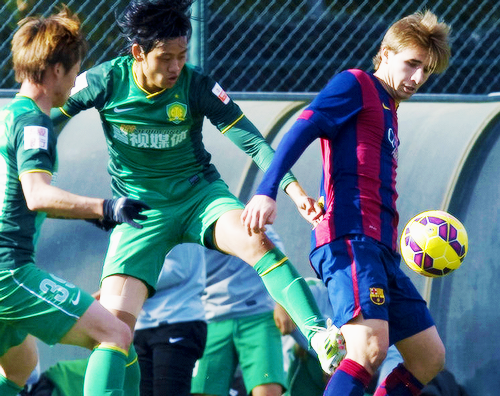 The English club have been following the youngster for 5 years now and have had bids rejected by Barca for the star who recently expressed his desire to end his career at Barcelona.

Mundo Deportivo claims that Arsenal manager Arsene Wenger has told the player that they are ready to meet his €12 million release clause.

Sergi Samper joined Barcelona famed ‘La Masia’ academy aged just 6 and has since then showed his quality, captaining all the categories he’s featured in for Barcelona (except the first team).

He is easily the best thing to come out from La Masia since 2010 and has a similar playing style to his role model Xavi Hernandez and the man he’s likely to succeed – Sergio Busquets.

Samper is currently in USA with the Barcelona first team in their 2015 tour of North America.