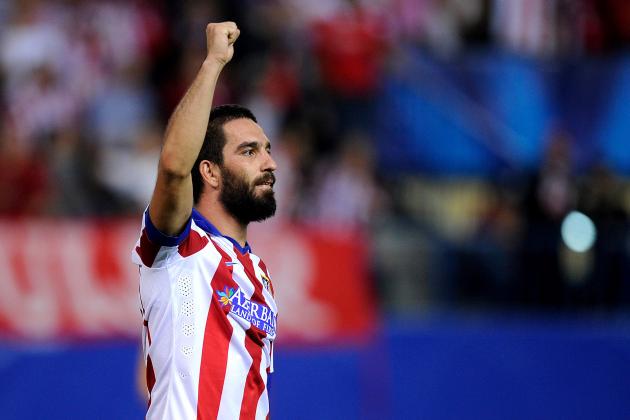 Atletico Madrid attacking midfielder Arda Turan has denied the recent transfer rumours that have linked him with a move to FC Barcelona over the past week, insisting they are false.

The star took to his twitter account to quell all rumours suggesting he has signed for Barca, or is linked with a move to the Premier League.

In a message posted on his official twitter page, Arda Turan totally denied the transfer rumours. Moreover, he stated that he is relaxing while on holiday and is not currently undergoing a medical with any club or agreeing a contract.

“The information published by the media about my transfer are false. I’m on holiday, just resting.” the 28-year old said.

Arda’s recent comments are in response to reports by Barcelona-based Catalunya Radio, Mundo Deportivo and Sport who stated that the Catalans had entered into advanced negotiations with the 28-year-old.

Despite all the speculations, the midfielder’s agent also stressed that they are not in contact with Barcelona over any transfer.

“There’s nothing [about Turan’s transfer]. We haven’t signed with anyone. There’s no contact with Barça.” Arda’s agent Ahmet Bulut said.

Should Barcelona sign Arda Turan, the star won’t be able to play until January 2016 due to Barca’s transfer ban and the transfer is likely to rule out Pogba’s transfer from Juventus.