The Catalans have tied the Spanish left-back to Barcelona until the summer of 2020 and set his buyout clause on a whooping €150 million. 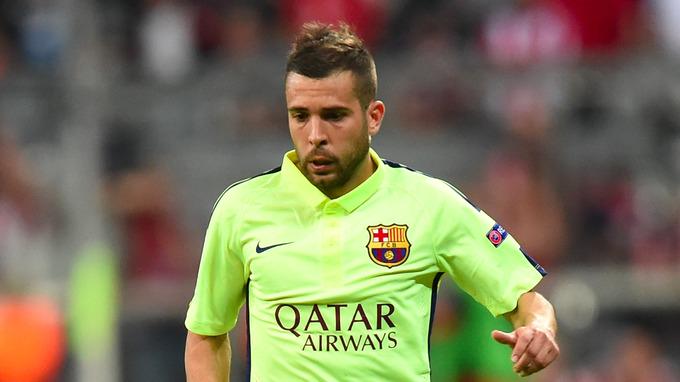 Fullback Jordi Alba has reached an agreement with FC Barcelona over a new contract that will keep him tied to the Camp Nou until June 30, 2020.

The Spanish left-back signed for Barcelona in 2012 from Valencia in a deal worth around €14 million. Ever since, he had become an undisputed starter for the current Spanish champions and has grown to be one of the stars of La Liga.

His initial contract at the Catalan club was set to expire in the summer of 2017 but the club have moved to keep him for an extra three years with the new deal including a buyout clause worth €150m.

A club statement read: “FC Barcelona announces that it has reached an agreement with Jordi Alba for the renewal of his contract until June 30, 2020,”

“His new renewal clause will be worth €150m. The new contract will be signed in the coming days.”

Since his arrival in 2012, Jordi Alba has won two liga titles and a Copa del Rey. He now has the chance to add a Champions League medal to his rank as Barcelona take on Juventus in the final on June 6.