The right back has agreed a two year deal to remain at Barca until 2017, with an optional third year included in the new contract. 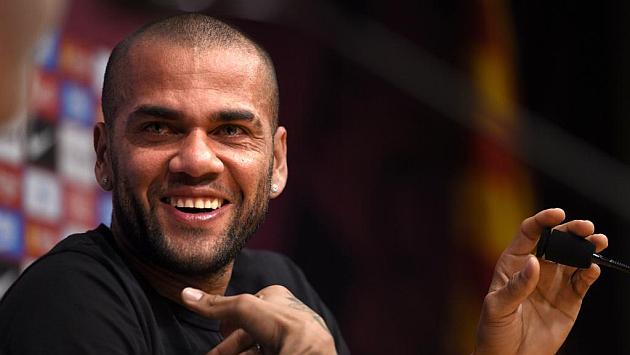 Barcelona right-back Dani Alves has officially renewed his contract with FC Barcelona and will stay with the club until 2017 with an option of a third year.

He has accepted the offer presented by outgoing president Josep Maria Bartomeu and the board hours before they are due to resign (a protocol whenever elections are called).

After the signing of Aleix Vidal from Sevilla, Dani Alves’ move away from the Camp Nou looked more likely to happen and he was given an ultimatum by the board.

He had until 6:00pm to make a decision and disappointed the whole footballing community by extending his contract.

A meeting tooks place in the last few hours and, finally, after an intense back and forth between Alves and FC Barcelona, the defender accepted the offer of two years, plus a third optional year, SPORT claim.

It has been an intense few hours, but he happily, in the end, reached an agreement with the club he always maintained he wanted to stay at. FC Barcelona have since confirmed the news on their official website.

Alves, for his part, has posted a message on Instagram, saying “following my heart” is what convinced him to accept Barcelona’s offer. In the build up to the Champions League final, he hinted he had much bigger offers from elsewhere and later said playing for AC Milan would be great.

With Alves’s renewal until 2017, Barcelona now have 4 right-backs to choose from and will keep the position secure and competive especially considering Monday’s addition of Aleix Vidal another worl class right back.

No Barcelona player has assisted more goals to Lionel Messi than Dani Alves and it seems that trend will continue for at least 2 more years.