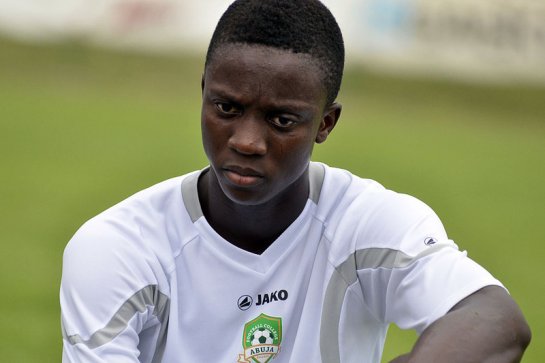 Theophilus Solomon has been called up by the Flying Eagles to play at the 2015 African Youth Championship in Senegal.
The 18-year-old player is playing on loan with another top division club NK Zadar from HNK Rijeka. He is a winger, but has shone at Zadar this season as a top striker.
Officials said the striker has been given a January 15 deadline to join the Flying Eagles training camp in Kaduna.
Two years ago, Solomon also trained with the Nigeria U20 team in Germany.
He will be the 10th foreign-based professional called up by coach Manu Garba for the AYC, which kicks off March 8 in Dakar, Senegal.