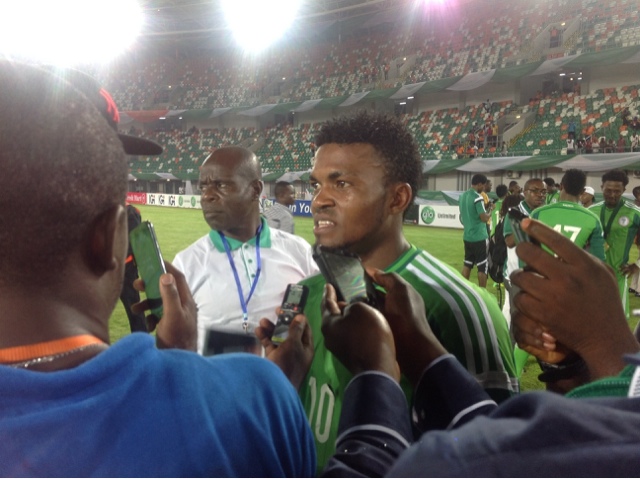 NFF President, Amaju Pinnick, has ordered Dolphins star Emem Eduok to leave the Super Eagles camp.
Nigeria are preparing for two friendlies against Cote d’Ivoire and Sudan, but Eduok has been the subject of controversy with his departure from Dolphins, with Swedish side Malmo the latest club to make their interest known.
However, the President of Nigeria’s football governing body says they are not happy with the controversy surround Eduok’s transfer.
“We are not happy with the cloud of controversy over his transfer issue and it is a terrible distraction to the team and Nigeria football generally.
“Telling him to leave the camp does not mean we are indicting him. We will carry out an investigation and whoever is found guilty, be he/she an agent or player manager or an official of his club, will be duly sanctioned,” Pinnick said at the NFF Secretariat in Abuja.
“We have to do this (send the boy out of camp) to serve as a deterrent to others. We are not blaming the player for anything yet; investigation will unravel who is guilty. But the distraction and controversy the matter has generated is not good for the camp.”
Source:Sl10
Tags: DolphinsEduokNewsTransfers
Share6Tweet4