by Precious
in News
0
Barcelona’s nightmare at the Anoeta continued on Sunday as they blew up the chance to go top by losing 1-0 to Real Sociedad in a match that saw the Blaugranas perform woefully. 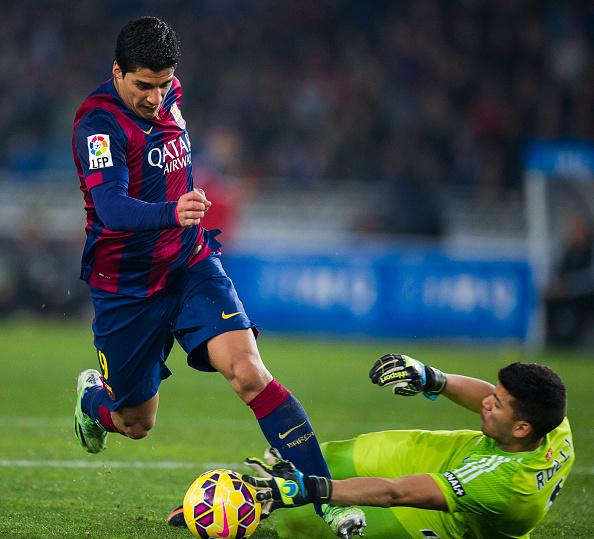 Luis Enrique surprised everyone by starting a weak line up, leaving Messi, Neymar, Dani Alves, Pique and Rakitic on the bench and opted for Munir, Pedro and Montoya.
The Catalans started the game poorly and conceded the first and only goal in the first minute through Jordi Alba’s own goal, his and Barca’s second of the Campaign.
The game then settled for a while with Real Sociedad parking the bus and throwing counter attacks. They could have even doubled their lead.
Barcelona finished the first half as the worse side, registering only one shot on target through Pedros shot late in the half.
Luis Enrique introduced Messi for Munir at the begining of the Second half and the game was balanced. Barca began to control the game and play with much confidence but just couldn’t get that goal.
Soon, Neymar was introduced into the game and with the complete trio of Messi, Suarez, Neymar up front, Sociedad worked harder in the final stages of the game. Barcelona pressed a lot with Suarez wasting a real chance to equalize after failing to beat Sociedad’s keeper in a one on one situation.
Barca continued to search for that crucial equaliser with Neymar, Messi, Suarez and Alves tormenting their backline but it was all futile as the referee ended the game. Sad story!