‘Iheanacho,Chidiebere Will not be missed by the Flying Eagles’ 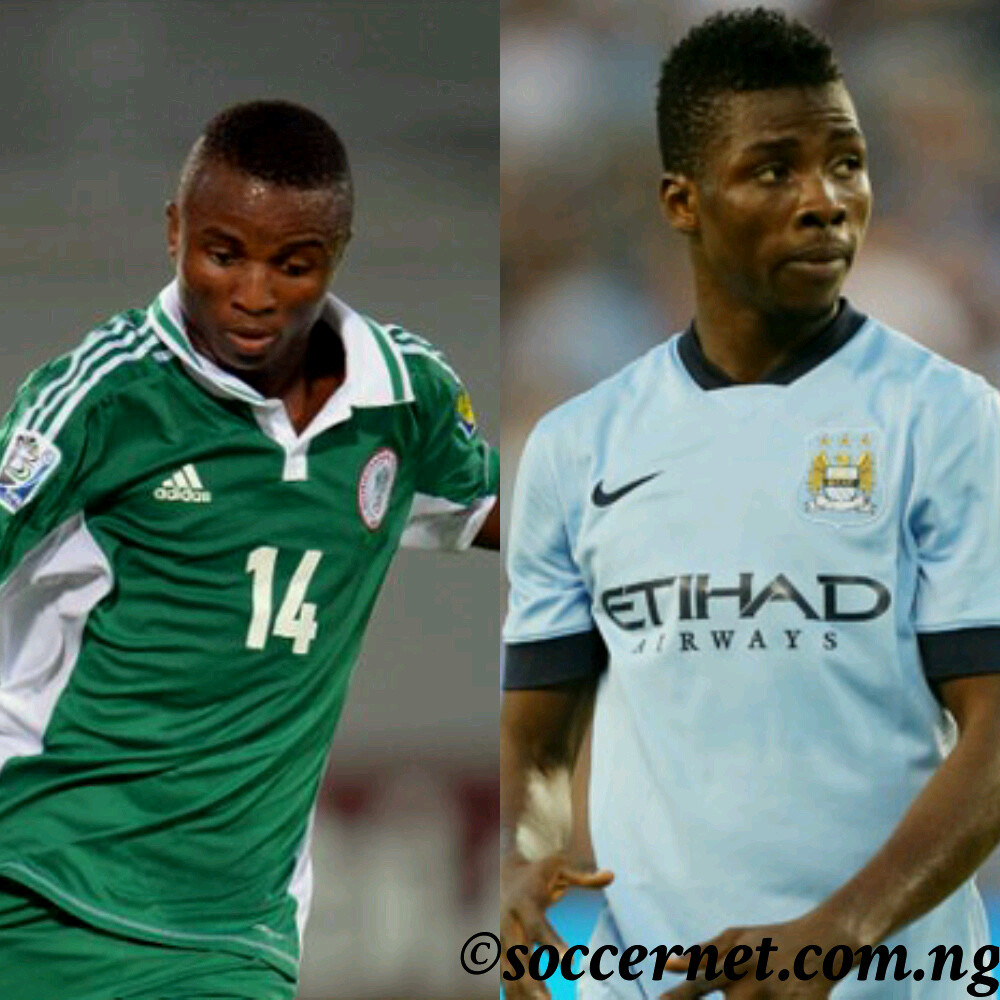 Despite the refusal of English Premier League club, Manchester City, to release the duo of Kelechi Iheanacho and Chidiebere Nwakali for the African Youth Championships, Flying Eagles’ Head Coach, Manu Garba, insisted on Wednesday that his team would not miss the services of the two players.
The two players have been ruled out of the 2015 African Youth Championship (AYC) scheduled for March in Senegal.
Garba told NAN in Kaduna yesterday that the players would not be missed because the technical crew has replacement for them in the team.
“If they (Manchester City) say they are not going to release the boys (Iheanacho and Nwakali), then that is on the basis of the club’s rules.
“On our own part, we always have players who are ready to replace any player that is not released by his club.
“The club has the right to keep the players, but on a normal basis it is supposed to have a good relationship with the Nigerian Football Federation (NFF),” stressed Garba who won the 2013 FIFA Under-17 World Cup with the Golden Eaglets.
The coach noted that Nigeria was not short of local talents who could fill the void in the absence of their overseas-based players.
“We do not have an automatic shirt for any overseas-based player. That is why they won’t be missed,” Garba further clarified.
On Tuesday Manchester City informed NFF that it would not be releasing the two players for the championship which comes up in March.
Both players were among nine foreign-based invited to camp by the Flying Eagles handlers.
Meanwhile, the Flying Eagles continued their build-up to the AYC with an impressive 3-1 defeat of Nigeria National League clubside, Spotlight FC of Katsina in a friendly played at the Ahmadu Bello Stadium in Kaduna.
Akinjide Idowu opened scoring for the Flying Eagles in the 42nd minute, after an assist from Taiwo Awoniyi. Izu Omego scored the second goal for the Flying Eagles after a free-kick at the edge of the penalty box in the 52nd minute.
Spotlight pulled a goal back in the 62nd minute from the penalty kick spot, after Zaharadeen Bello committed a an infringement inside the box.
Midfielder Obinna Nwobodo of Rangers International made it 3-1 for the Flying Eagles five minutes later.
The Flying Eagles boss expressed his happiness with the performance of his boys, stressing that Nigeria was going to do better at the 2015 African Youth Championship Senegal.
“The performance was commendable, and I believe we will do better during the upcoming tournament and we hope to make it to the final,” Garba said.
Since resumption of camp by the Flying Eagles in Kaduna late last year, the team has played six matches, scored 37 goals and conceded just three.
The Flying Eagles are also due to take on Nigerian league champions, Kano Pillars, in another test game at the weekend in Kaduna.
Source:All Africa