Flying Eagles 6-0 NDC Warriors: A quick look at the game 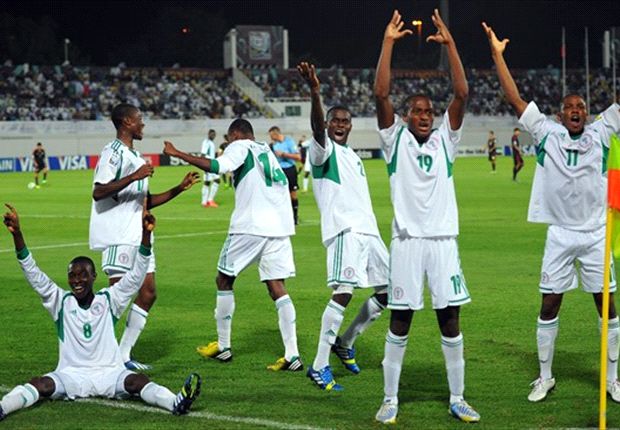 Nigeria’s under-20 team, the Flying Eagles continued their build-up to the Africa Youth Championship with a resounding 6-0 win over NDC Warriors on Tuesday at the Ahmadu Bello Stadium, Kaduna.

Prince Aggrey opened the scoring for the Flying Eagles in the 13th minute before Ifeanyi Ifeanyi scored from the spot after stand-in skipper, Taiwo Awoniyi, was upended in the box to give the Flying Eagles a 2-0 lead.

There were no more goals in the first half though Wasiu Jimoh had an effort come off the bar as the Flying Eagles cruised into the second half which saw a flurry of goals.

Jimoh turned provider for Usman Hassan in the 68th minute when his delightfully delivered free kick was nodded home.

Aggrey got his second of the game a minute later after being put through on goal by Abdullahi Alfa.
Ifeanyi Ifeanyi converted another spot kick after substitute Obinna Nwobodo was fouled in the box before substitute Gabriel scored the sixth goal in added time to complete NDC Warriors’ misery.

The Flying Eagles who expect majority of the invited foreign-based players to arrive camp this week, will continue their preparation when they participate in the NPFL pre-season tournament in Abuja starting from January 24.