Enyeama May Join Liverpool In January 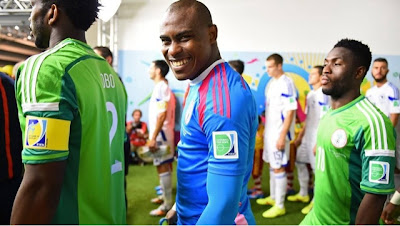 Nigerian goalkeeper, Vincent Enyeama has been linked with a possible January move to Liverpool. According to the Guardian,the Lille man may be a Brendan Rodgers target.
The 32 year old Super Eagles captain would cost the Anfield side £4m and would certainly represent an improvement on error prone Belgian Simon Mignolet. Enyeama racked up 11 straight clean sheets in Ligue 1 last season, and is an experienced campaigner who could offer Rodgers a cost effective option between the sticks.

Other goalkeepers that have been linked include Fiorentina’s Brazilian Neto, fellow Serie A stopper Mattia Perin and Stoke City no.1 Asmir Begovic.
Enyeama has won 95 caps for his country for Nigeria and will not play in the African Cup of Nations which starts in two weeks time as Stephen Keshi failed to qualify Nigeria for the tournament in Equatorial Guinea, thereby unable to defend the title he won with the team in 2013 when South Africa hosted.
Source: Complete Sports