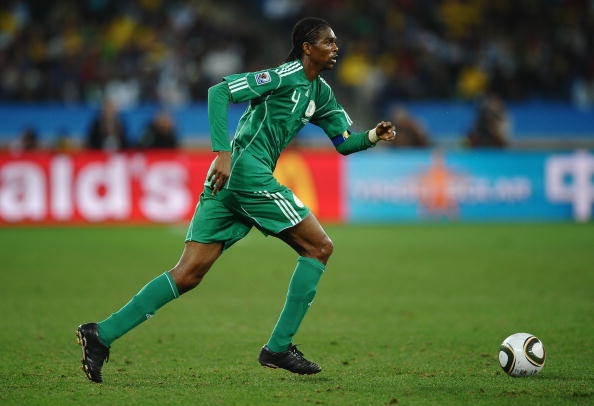 Nigerias’ Papilo Nwankwo Kanu has admitted that 2014 was a disappointing year for Nigeria and he is desperately hoping that next year can be “a new beginning” for the national team.

The former Super Eagles captain told Goal that there is much work to be done to restore the three-time champions of Africa to their former glory.

After the Super Eagles won their third continental crown in South Africa in 2013, Nigeria reached the second round at the World Cup in Brazil but failed to defend their African crown in Equatorial Guinea.

“It is quite clear and we don’t need to shy away from the fact that Nigerian football did not fare well in the outgoing year,” Kanu admitted in an exclusive interview with Goal.

“This is as a result of the Super Eagles’ failure to qualify for the 2015 Africa Cup of Nations holding in Equatorial Guinea.

“So if we are not featuring among the best countries in Africa that would participate in the 2015 Afcon, it simply means that something [went] wrong with our football this year.

“We didn’t do well in the game this year, it’s just the honest truth. There is nothing good to write home about as regards the senior national team of Nigeria.

“Mind you, Fifa rates our performance based on the Super Eagles not the age grade or women national teams’ performances.

“It has been a disappointing year for Nigerian football. But by God’s grace, 2015 would be a new beginning for us.

“I sincerely pray that everybody involved in the entire crisis and problems that bedevilled Nigerian football in the year 2014 will sit back and look at themselves and have a rethink, have a change of mind and start working in earnest for the growth and good of the game in the country.”