by Biyi Akangbe
in News
0
Share on FacebookShare on Twitter
It’s almost two years since Chelsea sacked Schalke’s new coach, Roberto Di Matteo, just six months after he won the Champions League glory for chelsea in a penalty shootout, in Germany of all places. Also been their first ever Champions league glory.
But closure to Di Matteo, who faced the stiffest test of his Bundeliga career against high flying Wolfsburg yesterday, almost certainly means success over Chelsea this week. 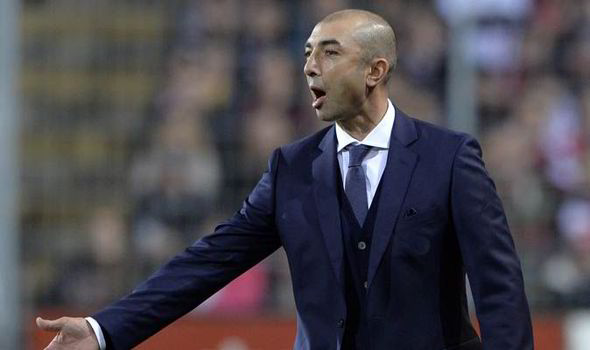 It is also likely to include an enquiry about Andre Schurrle, the German World Cup winner Chelsea are reportedly prepared to let leave as part of Jose Mourinho’s pursuit of Dortmund’s Marco Reus.
Di Matteo would like Schurrle – and to beat Chelsea – for obvious reasons. But it won’t be easy.
Chelsea, who drew 1-1 in their first Champions League meeting with Schalke before Di Matteo took over, haven’t lost any game since Atletico Madrid beat them back in April.
The Italian has seen his side lose three games out of six – all away from home where they have won only once in nine trips – since he took over at the beginning of last month.
All the publicity cautious di Matteo is saying right now is: “We’ve got a good record to show from our home games so far and that makes us strong psychologically. We hope to be able to carry it forwards.”
follow me for updates.
Tags: ChelseaDi MatteoGermanyNewsSchakle04
Share6Tweet4