by Biyi Akangbe
in News
0
Share on FacebookShare on Twitter
Real Sociedad and former Arsenal forward Carlos Vela ended his three-year international absence in style, with an eye-catching display by scoring twice as Mexico got some revenge on Netherlands for their World Cup elimination with a 3-2 victory on Wednesday. 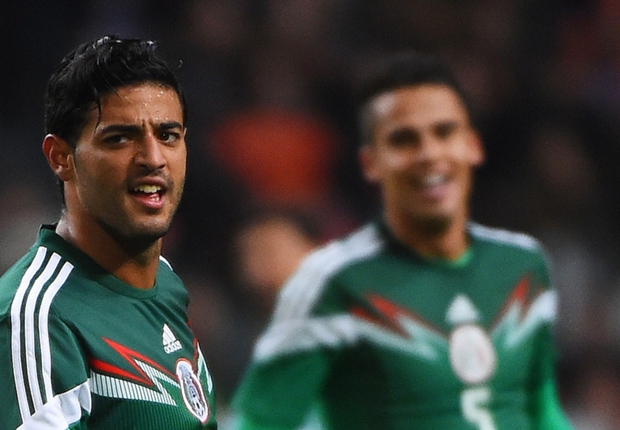 It was Vela’s night as the striker made his first International appearance in over three years at the Amsterdam Arena after refusing several call-ups, with his unwillingness to play for his country seeing him miss the 2014 World Cup.
However, the Real Sociedad striker accepted the latest olive branch from Herrera and wasted no time in illustrating his worth and class with a well-taken double.
Vela’s two goals were separated by a powerful volley from main man Wesley Sneijder on a night that saw the Galatasaray star become the third-most capped Netherlands player with 110 international appearances.
Lest i forget, Madrid striker Javier Hernandez added a third to render that moment of magic irrelevant in spite of Daley Blind’s deflected 74th-minute strike. The win meant Mexico had a bit of a revenge on the Oranje who knocked them out of the 2014 FIFA world cup in the round of 16 courtesy of a 2-1 scoreline and place further pressure on new Dutch head coach Guus Hiddink, who revealed that he would resign if his side lose to Latvia in Euro 2016 qualifying on Sunday.
Vela’s 8th minute strike was his first goal for mexico since against italy in june 2010.
Tags: EnglandMexicoNetherlandsNewsReportSpainVela
Share6Tweet4