by Precious
in News
0
FC Barcelona travel to Almeria on saturday as they look to returning to winning ways in La liga, with starman Lionel Messi on the brink of another milestone. 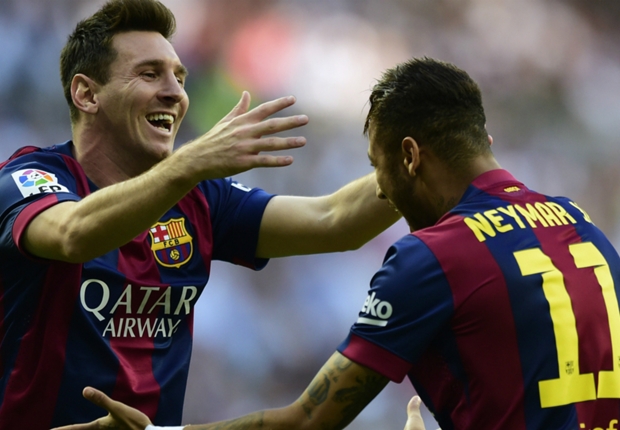 The Blaugrana’s form in the league has declined ever since the 3-1 Clasico defeat and have been dragged from the top of the table down to fourth spot.
MATCH PROFILE
UD Almeria vs FC Barcelona
Date: 8 October, 2014
Time: 3 pm
Venue: Estadio de los Juegos Mediterráneos, Almeria
Referee: Alberto Mallenco

Luis Enrique’s men are clear favourites to scoop all three points as their opposition currently sits a lowly 14th place in the league, with just two wins and three draws.
With an away win over Ajax on Wednesday, another victory on the road will see Barca remain within at least two points of Real, who currently occupy the top spot in the table and also bring back the trust of their fans, which they lost after Celta Nightmare.
The major talking point of the game is that Lionel Messi is set to break Telmo Zarra’s record of most Liga goals after equalling Real Legend, Raul Gonzalez’ UCL number of 71 goals. Moreover the Argentine Wizard has netted 11 goals in his last 6 games against saturdays opponent.
Apart from Messi, striker Luis Suarez is relishing the clash as he lurks for his first official goal for Barca after going 3 games without scoring.
INJURY NEWS
There are no major injury concerns for the home side but Barcelona are still without Andres Iniesta, Jeremy Mathieu and Thomas Vermaelen.
EDITORS PREDICTION
With a single goal separating Messi from joining Telmo Zarra in becoming La Liga’s joint-top scorer, Suarez desperate to get off the mark and Barca eagerness to get back on track, Almeria will not be relishing their task at the Juegos Mediterráneos stadium this weekend.
Almeria 0-4 Barcelona