Man United Defeated Arsenal, But Shouldn't Celebrate As Luke Shaw Is Out

by Biyi Akangbe
in News
0
Share on FacebookShare on Twitter
Manchester United fans should limit their celebration after Arsenal win as Luke Shaw becomes the eighth United star on the treatment table. 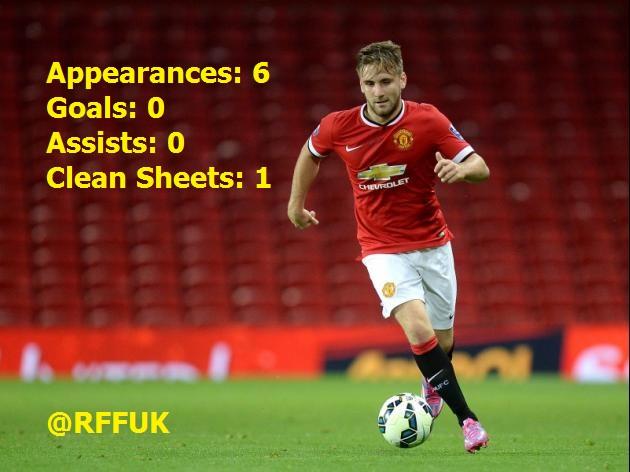 The Red Devils defensive crisis has worsened once again, with summer signing Luke Shaw leaving the Emirates Stadium on crutches following his side’s 2-1 victory over Arsenal at the Emirates on Saturday.
The former Southampton left-wing player is now the eighth senior player in ‘Old Trafford’s Hospital’.
Shaw was pictured leaving the ground sporting a protective boot on Saturday, with the star needing crutches to walk after suffering a first half injury in a collision with Alex Oxlade-Chamberlain.
Ahead of the titanic clash there were doubts over 12 first team players, although Angel di Maria, Michael Carrick, Ashley Young, Luke Shaw, and David de Gea were all eventually passed fit to feature before Shaw was forced off after just 15 minutes, with Young continuing at left wing-back.
The English full-back joins Daley Blind, Marcos Rojo, Rafael, Phil Jones, Jonny Evans, Radamel Falcao, and Jesse Lingard on the treatment room and Louis van Gaal’s defensive worries are growing as time tick.
Although, a number of players are expected back in December, but the Dutch manager will surely be looking at bringing reinforcements into the club this January with Mats Hummels and Miranda on the cards.
Tags: EnglandNewsShaw
Share6Tweet4