by Biyi Akangbe
in News
0
Gaizka Garitano’s men have so far produced blistering peformances in their maiden Premier Division campaign and have reportedly gained many fans with their beautiful displays. 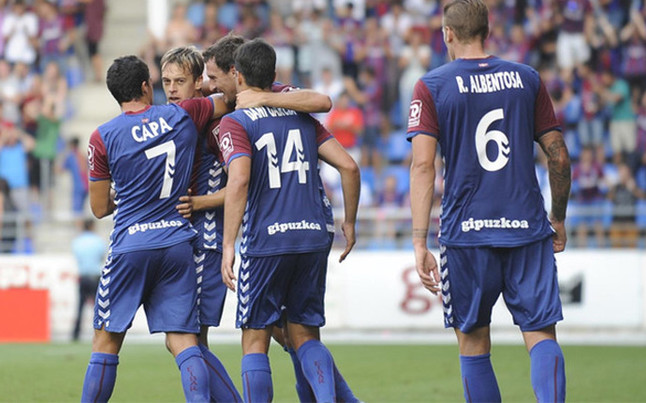 Eibar have won three, drawn four and lost three of their opening 10 matches, not a bad stat for a team which has the smallest budget in the league and have never tasted the feel of La liga before this season.
In total, they have secured 13 points. Not bad for a team that two years ago was playing in Segunda B. And all this has been done with the same manager and a similar squad, with players only added on loans or frees. Weird! it seems.

With a tiny budget and hardly any season ticket holders as their ground, Ipurua can only hold a mere 5,000 people, major credit must be given to the manager.
Gairtano has been getting some wonderful performances out of player such as Xabi Irureta, Eneko Bóveda, Raúl Albentosa and Arruabarrena. All of those, with the exception of Albentosa who joined from Cadiz in 2013, have been an important part of the whole journey to la Liga.
They play without compromise, work hard and their effort as a team is higly impressive, they always compete, even when they never looked to stand a chance. This has been demonstrated by their points haul from their first 10 games, which has made them the best debutant in Spain’s top flight in 20 years.