by Biyi Akangbe
in News
0
English Premiership Big Boys Arsenal FC are reportedly set to make a £30 million double-swoop for Barca’s duo of Dani Alves and Pedro Rodriguez in the January transfer window. 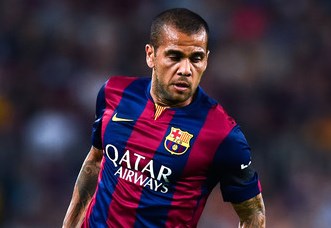 The Express reported that Gunners manager Arsene Wenger will waste no time in going after the pair in January as he seeks to improve his squad.
Brazil international Dani Alves has emerged as a top target for the north Londoners after they lost summer signing Mathieu Debuchy to injury and Wenger is prepared to pay £6million even though he will be available for free at the end of the season when his contract expires.

Also on Arsenal’s wishlist is Spanish out-of-favour winger Pedro who could also leave the Camp Nou as the arrival of Luis Suarez has really cut short his playing time for the Blaugranas.
Pedro’s services could fetch up to £24million, which Arsenal are again willing to pay, but there will be expected competition from Manchester United and Liverpool who have also been linked with right-back Alves.