by Biyi Akangbe
in News
0
Share on FacebookShare on Twitter
Arsenal defender Mathieu Debuchy is hoping to resume full training next month after a frustrating start to his dream career at the Emirates. 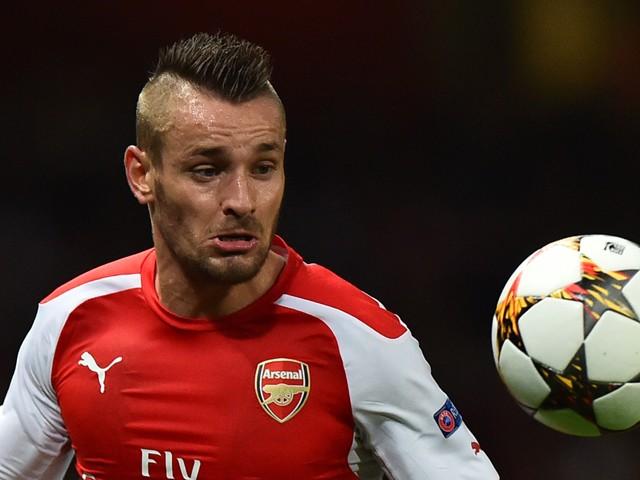 Arsenal signed the frenchman from Newcastle United in the summer after an 18 months spell with the magpies but has been sidelined since suffering an ankle injury in Arsenal’s 2-2 draw with Manchester City in September.
Arsenal’s problems in defence were underlined last week when they threw away a 3-0 lead against Anderlecht in the Champions League, then lost 2-1 to Swansea last Sunday despite being 1-0 up with 15 minutes left.
Left back Nacho Monreal has been played as a makeshift central defender in the absence of Debuchy and the injured Laurent Koscielny.
The right back, who spent nine seasons with French side Lille, is making good progress with his recovery and is targeting a comeback with the Gunners next month.
“My injury is now better,” Debuchy told Arsenal official website.
“I work hard every day with the physio and I want to be back on the pitch in December. I’m looking forward to it.
“I was really proud when I signed for Arsenal and it has been frustrating getting injured so soon, but I am focused on coming back stronger. I am very positive about that.
“Training at Arsenal is an extremely high standard. I’m nearly 30 but I’m still improving by training with players who are of such a high quality, like everyone at Arsenal.”
Tags: DebuchyEnglandNews
Share6Tweet4