The 2022/2023 season of the Nigeria Professional Football League (NPFL) will no longer kick off on December 28 this year as earlier scheduled, Soccernet.ng understands.

Instead, the league campaign will now begin on January 8, 2023, when teams will launch the offensive to wrestle the title from defending champions, Rivers United.

The Port Harcourt-based club lifted the title in July after ending the season with 77 points, breaking the league record of 73 points in a league campaign.

The best club in the country by some distance, Rivers United won 23 games and drew eight of their 38 league games to finish ten points ahead of their closest rivals, Plateau United. 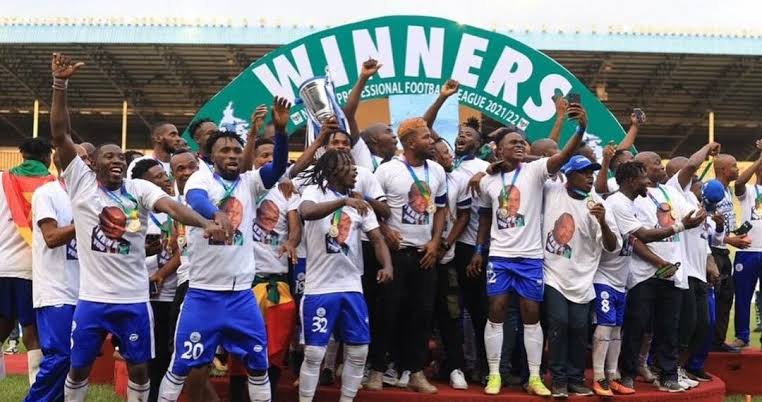 And after a crucial meeting with stakeholders on Wednesday, the Interim Management Committee (IMC) concluded that the 2022/2023 NPFL season will commence on January 8. The fixture draws will, however, hold on December 28.

The IMC also decided that a ten million naira takeoff grant will be given to all 20 teams participating in the NPFL before any ball is kicked in the new football season.

The Management Committee and the clubs also arrived at the agreement that the 2022/2023 season will take an abridged format, as against the usual full-season format that has been used over the years.