The 2026 World Cup is anticipated to look different, with more teams participating in the tournament than ever before.

Given that FIFA plans to overhaul the World Cup by making some significant changes in four years, the Super Eagles of Nigeria might find themselves competing in the tournament again.

Recall that the Black Stars of Ghana hurt the ‘Giants of Africa’ hopes in a loss determined by a goal that counted twice.

However, the absence of the green-white-green colour jersey across the Qatari stadium has only served to aggravate the wounds of the Super Eagles players and all Nigerians.

As the Mundial competition is expected to look significantly different, there may be a greater chance for the Super Eagles to compete there once again.

In four years, FIFA plans to restructure the tournament and implement some major revisions.

Each continent will get a sizable number of additional spots. The Oceania Football Confederation will get a guaranteed berth for the first time, while UEFA will receive three more slots.

Except for the UEFA, it will consist of one country from each confederation and one extra team from the confederation of the host nations (CONCACAF).

Below is a detailed overview of the slot distribution for each confederation: 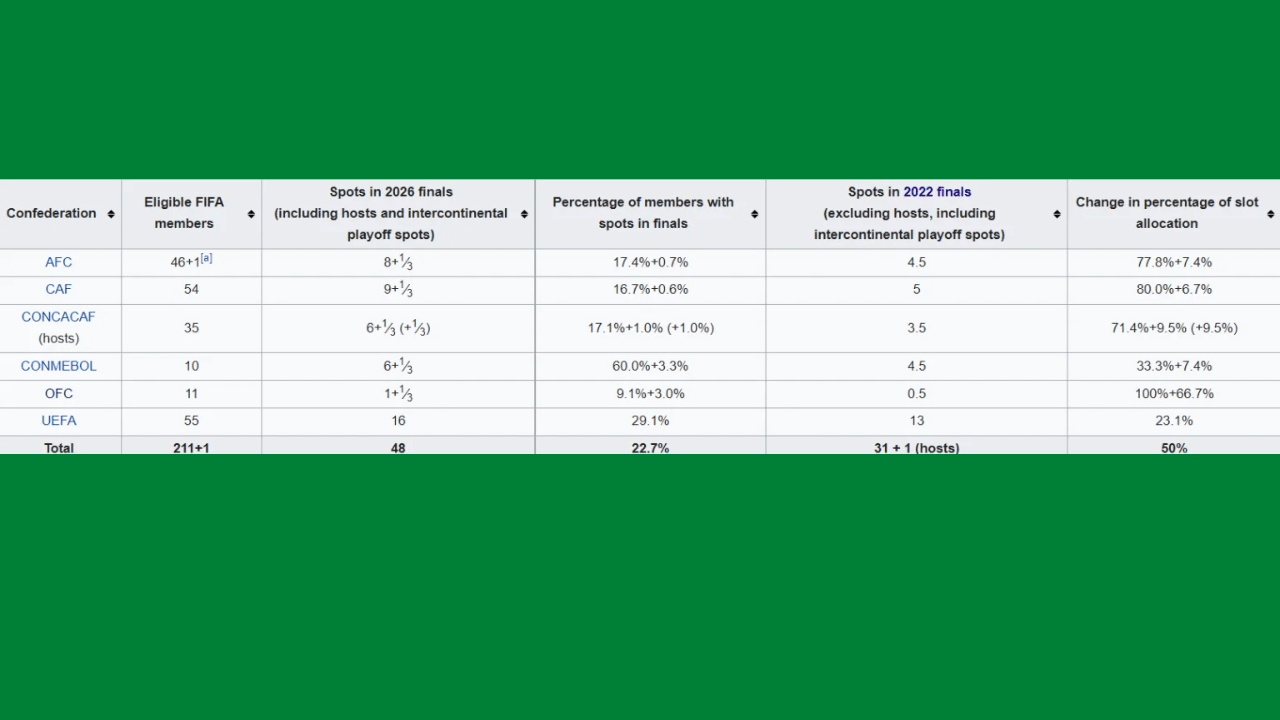 The groupings will no longer consist of four teams but three teams.

According to the current structure decided by the FIFA Council in 2017, there will be 16 groups, each with three teams.

Each group will have two qualified teams, eliminating 16 teams after only two games.

With the final 32 participants, the tournament will be a knockout.
There will be 80 games, different from the 64 teams in 2022, with 16 games.

Although, the Guardian has claimed that they might change this system to 12 groups of four teams, with two teams moving on from each group and the eight best third-place teams.

CAF will now organize a team of 54 African nations that will compete for a minimum of 9 and a maximum of 10 World Cup tickets between 2023 and 2025, which is subject to revisions out of 48.

These 54 nations, which include the Super Eagles of Nigeria, are members of FIFA and are part of the CAF zone.

If this does happen, José Peseiro’s team will have a solid chance to secure a world cup spot for themselves and their nation before 2026.