Super Eagles captain Ahmed Musa has vowed to bounce back better and stronger after his successful arm surgery in Turkey on Tuesday.

Musa sustained the arm injury during Sivasspor’s narrow 2-1 loss to Ankaragucu at the Eryaman Stadium in a Turkish Super Lig clash on September 18.

While the Super Eagles were battling it out with the Desert Foxes in Oran, Musa was being operated on at the Acıbadem Kayseri Hospital in Turkey.

And after the successful procedure, Musa offered his first words of gratitude.

The 2013 Africa Cup of Nations winner has thanked Sivasspor, fans and doctors for their support as he hopes to return to the pitch stronger and better. 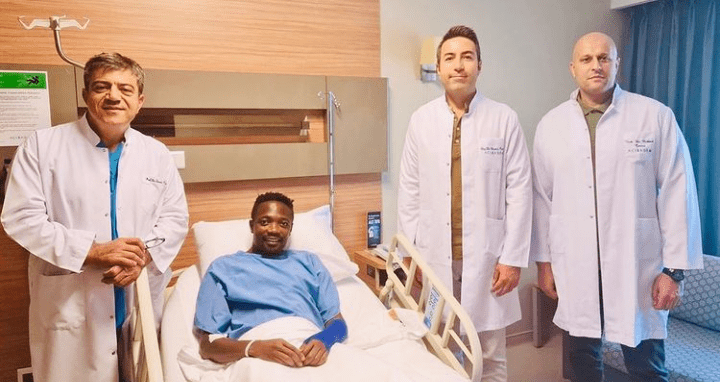 Musa wrote on Instagram: “I just want to express my heartfelt appreciation to Allah for a successful surgery on my left arm.

“As we all know, no surgery is too minor so I am grateful for the competent doctors assigned to me for a job well done. Also to you all, for your messages, prayers and words of encouragement.

“I hope to be back on the field soon stronger and absolutely better. Thanks everyone.”

Musa is expected to be out of action for up to four weeks.