The Nigeria Football Federation will hold its Presidential election on the 30th of September in Benin City with at least eight candidates in contention.

Idah was the Super Eagles’ Media Officer when the team won the 2013 AFCON in South Africa.

CAF’s Head of Security, Dr Christian Emeruwa is also vying for the NFF Presidency, while former NFF Vice President and experienced football administrator, Amanze Uchegbulam is also amongst the hopefuls. 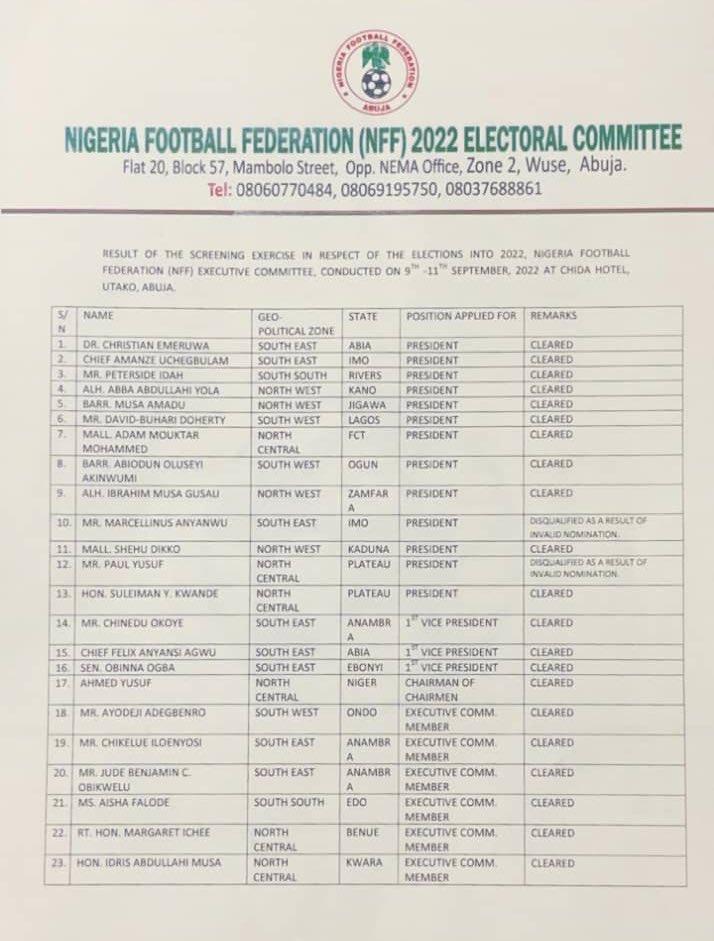 Two of the aspirants Marcellinus Anyanwu and Paul Yusuf were disqualified due to invalid nominations.

Pinnick has been President of the NFF since emerging for the first time in 2014. He went on to win again in 2018 and there were rumours of a third term bid but he has denied that multiple times.

With the intervention of the Ministry of Sports and Youth Development, a new election was ordered and will be held accordingly with the winner expected to lead the glasshouse for at least the next four years.