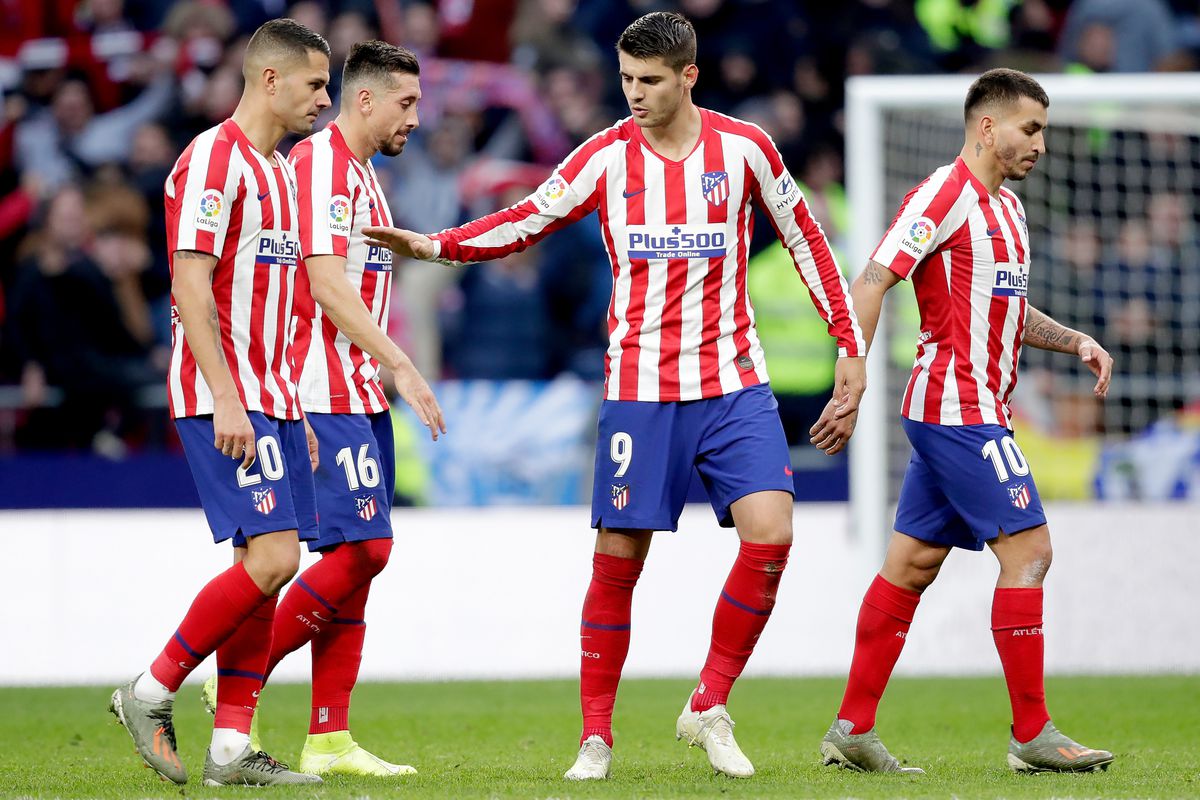 Diego Simeone’s side moved into the Champions League places with a 5-0 win at Osasuna on Wednesday.

They’ll be confident of backing up the result with another win when they welcome Real Valladolid to the Wanda Metropolitano on Saturday.

The visitors, 15th in the Spanish topflight, played out a barren draw against Celta Vigo on Wednesday, although they won 2-1 at Leganes last Saturday.

Atletico have won eight of their last ten home matches against Real Valladolid in all competitions.

Atletico have kept a clean sheet in five of their last six matches against Real Valladolid in all competitions.

Atletico are undefeated in their last seven matches (LaLiga).

Betting Tip: Atletico Madrid are just two points ahead of Getafe in fifth place, which means they can’t afford to drop points.

Although the match will be played in an empty stadium, Rojiblancos have the quality to overcome their visitors. (Atletico Madrid win and under 3.5)

By the time this game kicks-off, Madrid could be five points behind in the race for La Liga title.

Since the Spanish top division resumed, Madrid have clawed Barca’s lead from five points to two, and they may need to do that again on Sunday should Barcelona beat Sevilla on Friday night.

They travel to Anoeta Stadium to take on Real Sociedad that have struggled in the first two matches.

The Whites and Blues were in the Champions League spot when La Liga returned, but they are now sixth following a home draw to Osasuna and a defeat at Deportivo Alaves.

Real Madrid have scored at least two goals in 19 of their last 23 matches against Real Sociedad in all competitions.

Real Sociedad have seen over 2.5 goals in 15 of their last 17 matches against Real Madrid in all competitions.

Real Madrid are undefeated in 17 of their last 19 matches (LaLiga).

Betting Tips: There’s a lot at stake for both teams, which is why it’s difficult to pick a winner in this clash.

However, both teams will have a go at each other, and that should guarantee goals.  (BTS or Over 2.5)

Bayern Munich may have won their eighth consecutive title, but there’s still a lot to play for in the Bundesliga with just two matches left.

The Champions League places are still up for grabs, and there’s a titanic clash between two of the contenders. RB Leipzig are just three points behind Borussia Dortmund who are in second place.

But Die Roten Bullen can move level with their rivals with a win when they play each other on Saturday afternoon. Julian Nagelsmann’s men host Lucien Favre’s side, knowing a win will put them ahead of their opponents on goals difference.

However, Dortmund need just a point to seal their spot in next season’s Champions League. But the Black and Yellow go into the game following a disappointing 2-1 loss to Mainz at the Signal Iduna Park on Tuesday.

Borussia Dortmund have won their last five away matches (Bundesliga).

There have been under 2.5 goals scored in 5 of Borussia Dortmund‘s last six games (Bundesliga).

Leipzig have seen under 2.5 goals in their last three home matches against Borussia Dortmund in all competitions.

Leipzig have scored at least two goals in five of their last six matches (Bundesliga).

Betting Tips: Both teams had disappointing results last time out. While Dortmund suffered a home loss to Mainz, Leipzig were only able to pick up a point at home against Fortuna Dusseldorf.

However, Leipzig are the slight favourites as they are at home. One thing is sure though, which is goals (Over 2.5 or Leipzig Win) Padernon have nothing left to play for but pride. The bottom side were relegated after a 1-0 loss to Union Berlin.

However, Borussia Monchengladbach can still sneak into the champions league spots depending on other results.  Monchengladbach are just one point behind Leverkusen in fourth place.

There have been over 2.5 goals scored in eight of Borussia M.Gladbach‘s last ten games (Bundesliga).

Paderborn have failed to win their last 13 matches (Bundesliga).

There have been over 2.5 goals scored in seven of Paderborn‘s last eight home games (Bundesliga)

There have been over 2.5 goals scored in seven of Paderborn‘s last eight home games (Bundesliga).

Borussia M.Gladbach have won their last three matches against Paderborn in all competitions.

Betting Tips: Paderborn may be relegated, but they’ll want to play for pride, especially in their last home game of the season. However, Monchengladbach want this one more, and they should pick the three points. (Monchengladbach win) The Premier League returned on Wednesday with City teaching Arsenal a football lesson. The Citizens were 3-0 winners at the Etihad stadium even though they’ll still lose the defence of their title.

City are 22 points behind Liverpool who need just two more wins to seal their first Premier League title in 30 years.

However, Pep Guardiola’s men showed they are not ready to loosen up, and they gave an impressive performance on Wednesday.  They host Burnley on Monday and will be confident of delivering another excellent performance.

Burnley are undefeated in their last seven matches (Premier League).

Betting Tips: Burnley are a difficult team, but City should win this one easily. (City Win)