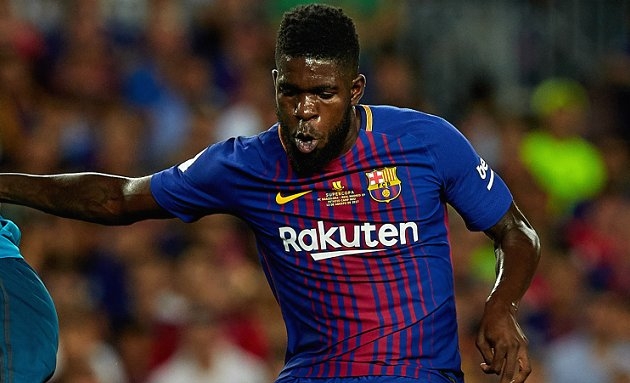 Guardiola has been open about needing to find a new centre-half signing and Diario Gol says he has put Samuel Umtiti at the top of his shopping list.

The France international has been outstanding for Barca this season and the Catalans would not welcome any type of approach from City for the stopper.

However, Barca could simply be taken out of the picture with Umtiti’s deal carrying a relatively affordable buyout clause of €60m.

Guardiola sees Umtiti as a natural successor for skipper Vincent Kompany, whose career remains in doubt after another injury setback this month.

And it’s suggested City have assured Umtiti’s camp they’re prepared to meet his buyout clause to get a deal done – though are likely to wait until the summer.