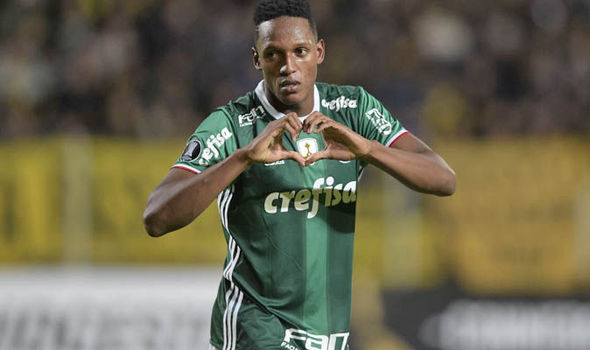 Barca have an option for the Colombia international, who was expected to arrive at the end of this season for €8m.

However, Don Balon says talks are now underway about signing Mina next month. Barca are prepared to cough up an extra €4m to add Mina to Ernesto Valverde’s squad for €12m in January.

Indeed, it’s suggested negotiations are now so advanced that Mina is due to become Barca’s first signing of the winter market.

His arrival could allow Valverde to approve the departure of Javier Mascherano, who has asked to be allowed to leave in the coming weeks.