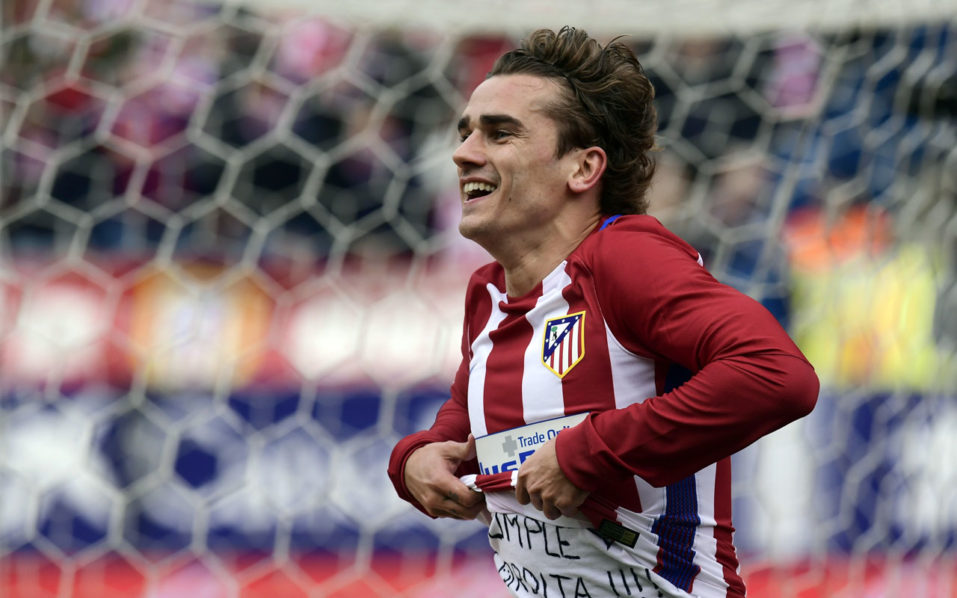 “The complaint has been presented for repeated contact between Barcelona, the player and his team,” an Atletico source told AFP.

Griezmann renewed his contract until 2022 in June and Atletico consider contact made by Barcelona not only breaks FIFA’s rules, but could also affect the integrity of La Liga.

Barcelona lead the league with Atletico their closest challengers six points behind in second.

“He is a player under a long contract and this can’t happen. Moreover, the club considers that it could affect the competition where Barca are currently top and Atletico second,” added the Atletico source.

Barca were slapped with a one-year transfer ban for the illegal recruitment of foreign minors by FIFA that was served in 2015.

Should the Catalan giants be found guilty, they could be handed another ban on registering new players.

The Catalan giants are expected to be willing to pay the French international’s 100 million euro ($117.8 million) buyout clause at the end of the season to avoid negotiating with Atletico.

Barca’s director of institutional relations Guillermo Amor turned down the opportunity to deny a meeting had taken place later on Sunday after Barca’s 4-0 thrashing of Deportivo la Coruna.

“If the paper says it then it is possible it is like that,” Amor told Movistar TV. “There could have been a coming together.”

Griezmann, 26, agreed to sign a new contract with Atletico in June after the club had an appeal against a transfer ban rejected.

Top scorer at Euro 2016, Griezmann said it would have been “dirty” to walk out on the club when they couldn’t replace him until January.

However, Atletico coach Diego Simeone accepted last week that Griezmann’s departure at some point in the future is inevitable.

“Of course Griezmann will be able to leave at some point, as Diego Costa, Diego Ribas and Arda Turan have gone,” Simeone told French sports daily L’Equipe.

“If a player comes to me and says, ‘coach, I have a chance of a lifetime and want to leave’, and if he’s left everything on the pitch for me like Griezmann, I’ll say, ‘no problem’.”

Griezmann has scored 90 goals in 179 games for Atletico since joining from Real Sociedad in 2014 and led Los Rojiblancos to the 2016 Champions League final, scoring twice to eliminated Barca in the quarter-finals.

However, he was also caught up in a Twitter storm on Sunday after posting a picture of himself blacked up and mimicking a Harlem Globetrotter basketball player from the 1980s.

“I recognise that it was clumsy of me. If I have offended people, I apologise,” he wrote shortly after and deleted the photo after receiving a wave of criticism.