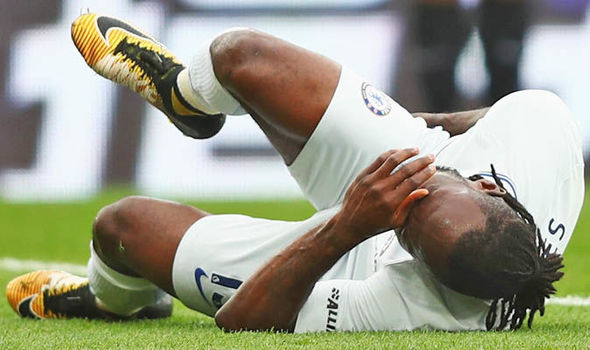 Moses limped out of Chelsea’s Premier League defeat to London rivals Crystal Palace on October 14, due to a hamstring injury which has seen him miss seven games in all competitions.

However, in his absence Davide Zappacosta has stood in for the 2017 BBC Africa Player Of The Year Nominee. But then, Moses is expected to retain his position when Chelsea face Liverpool on Saturday.