Can Uzoho be the perfect Enyeama replacement 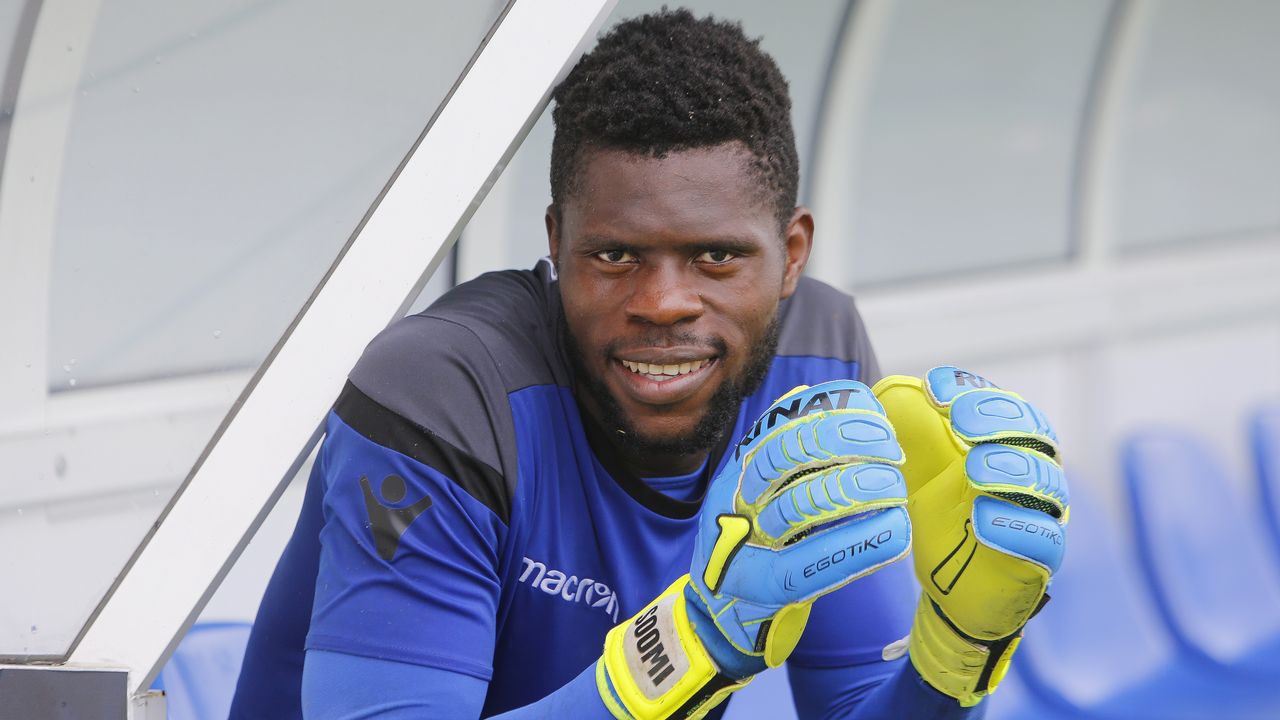 Super Eagles Coach, Gernot Rohr hinted yesterday that he would give the former Golden Eaglets’ reserve goalkeeper the opportunity to stake a claim for a place in the Russia 2018 World Cup squad today. However, there are those who believe that Rohr may choose to play the main team that qualified Nigeria for the World Cup instead of fielding some rookies due to the opponent’s pedigree.

Camp sources said yesterday that Rohr has seen so many attributes in the 19-year-old Uzoho and would want to see him in match situation against a strong opposition.

“Uzoho has one thing working for him as soon as you see him. He is a big lad and Germans like their goalkeepers big and that was the reason former Super Eagles coach Berti Vogts preferred Austin Ejide to Vincent Enyeama a few years ago.

“Aside his physical attribute, Uzoho is also very good at taking crosses, he commands his area very well and with all due respect to the goalkeepers we have now, Uzoho is the best in playing with his legs, something Rohr likes a lot,” one of the camp sources told a local website.

Rohr revealed that the game against Argentina would be the first in the series of matches lined up for Nigeria’s preparation for the World Cup.

The coach is working hard to ensure that Nigeria made good use of the six available FIFA free windows for friendly games against some tough opposition.

“It is very good we have two games to prepare our team between November and March but it is not enough.

“We’ll like two games in May, two games at the start of June. We could have six games during the pre-World Cup preparation, with training sessions used as match conditions,” he said.

The Franco-German explained that the Eagles decided to play Argentina in in Russia because they wanted to see the country before returning for the 2018 World Cup.

‘’Why do we hold a friendly game here in Russia? It turned out that the last match against Algeria in the qualifying tournament for the World Cup was held when we already qualified,’’ he told Sport Express Russia.

‘’It turned out that we were looking for who would play the second match. It was possible to play in Russia against Argentina.

‘’It is important for us to see how everything is arranged here before coming to Russia in 2018.’’

Meanwhile, Argentina warmed up for today’s match with Coach Jorge Sampaoli planning as many as 11 changes to the squad that defeated Russia 1-0 in a friendly game on Saturday.

Ole reported that in yesterday’s training session, Sampaoli experimented with what will most likely be the starting ‎line up against Nigeria today.

According to Ole, the only decision yet to be made by the coach is who will start on the left between Angel Di Maria and Diego Perroti with goalkeeper Agustin Marchesin likely to get his first start.

Juventus forward Paulo Dyabala will start upfront alongside Dario Benedetto and Cristian Pavon, who set up Sergio Kun Aguero for the winner against Russia will most likely start.