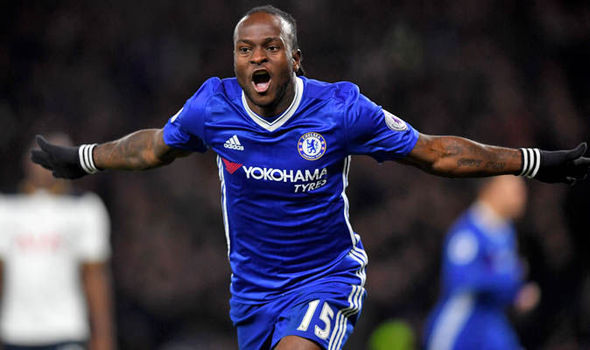 Super Eagles winger, Victor Moses will be hoping to start the new season with a trophy as Chelsea face Arsenal in Sunday’s FA Community Shield encounter at Wembley Stadium.

The Nigerian international who was red carded in the Blues 2-1 lose to Arsenal in last season’s FA Cup final at the same venue, could make a return after the English FA decided to overturn his red card offence.

Having played in all of Chelsea’s preseason games where the team lost two and won two, the former Wigan star, is poise to make a statement of intent by leading the Blues to victory.

Meanwhile, Chelsea manager, Antonio Conte, will be looking for a repeat of their 3-0 demolition of their London rivals in a preseason game at the Bird of Nest Stadium in China a fortnight ago.