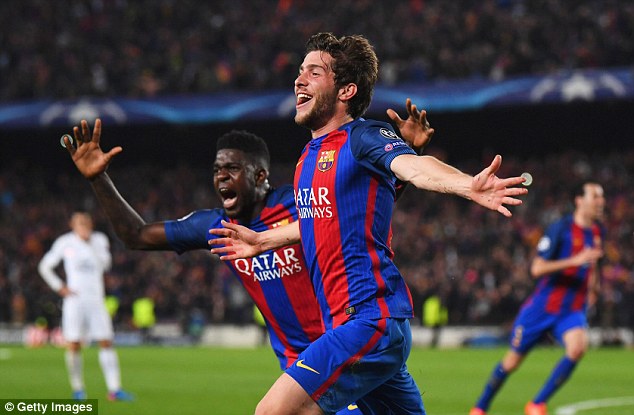 Roberto’s camp has been approached by both Premier League giants in recent weeks.

Diario Sport says the midfielder’s priority is to stay where he is, but he has been unsettled by the arrival of Nelson Semedo and Barca’s plans for how to make best use of the cash raised by Neymar’s sale to PSG.

Roberto fears being frozen out of coach Ernesto Valverde’s line-up and is seeking assurances about his chances this new season.

Strengthening the player’s hand is the interest of United and Chelsea, which would both happily ferry him to England if offered encouragement.

It’s suggested Valverde’s selection for the Spanish Super Cup will be key over whether Roberto chooses to stay for the coming campaign.