I Feel Comfortable Playing For Nigeria Than England – Iwobi 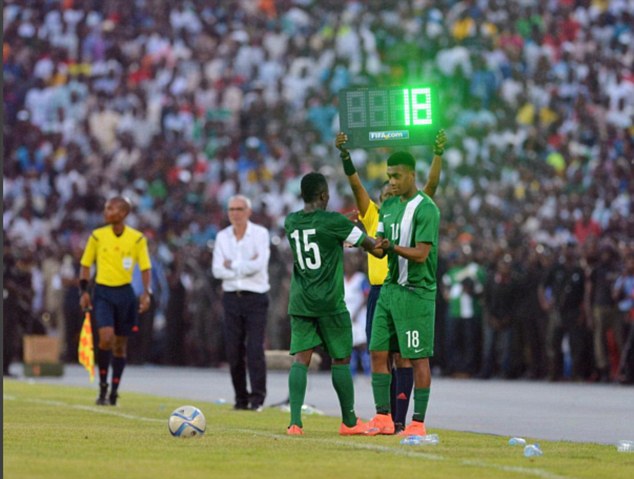 Super Eagles forward, Alex Iwobi has revealed that it was a difficult decision for him to choose Nigeria ahead of England even though he feels comfortable playing for the team.

The Nigeria international changed allegiance last year to don the green and white colours of the senior national team and has been of great influence in the Super Eagles in their quest to qualifying for the 2018 FIFA World Cup slated for Russia.

Having played at the under age levels for England, the Arsenal star, who assisted record signing Alexandre Lacazette nets his first goal in their 2-0 win over Sidney in a preseason friendly reminder encounter, stated that Nigeria remains his top choice despite the fact that Roy Hodgson wanted to intervened when he wanted to make his debut for the Super Eagles.

‘Originally, I’m from Nigeria,’ he said. ‘I always felt comfortable there. It was a hard decision because I’d played for England but I felt more at home there and I’m treated like a king.

‘As I was about to play my first match (for Nigeria) Roy Hodgson was in contact with Arsenal saying we’d like him to get involved with the Under 21s but my mind was made up.’