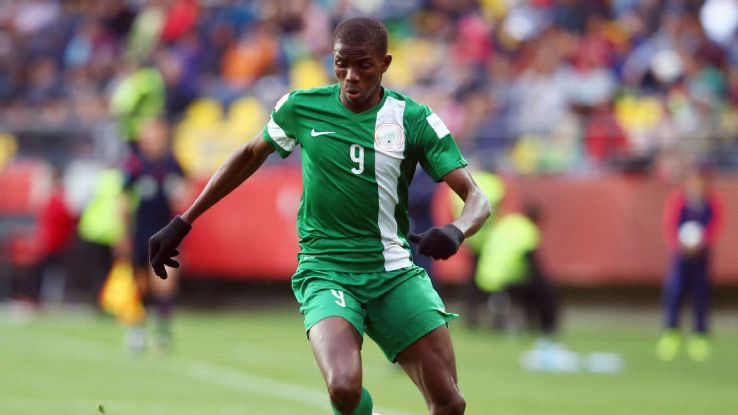 Osimhen disregarded opinions in some quarters that Super Eagles technical adviser, Gernot Rohr over reliance on young players was the major cause of the team defeat against South Africa.

However, he stated during a TVC Sports Programme this morning that despite not featuring in that encounter that he’s optimistic the team would qualify for the bi-annual tournament in Cameroon.

“It is a wonderful thing to make my debut for the Super Eagles, however, I feel disappointed that Nigeria lost 2-0 against South Africa in Uyo,” Osimhen said.

“Having said that, I don’t think it is right for people to criticize the Super Eagles manager, Gernot Rohr for using young players in that encounter and not an excuse for our lose. I have so much believed that the Super Eagles will qualify for the 2019 Africa Cup of Nations.”