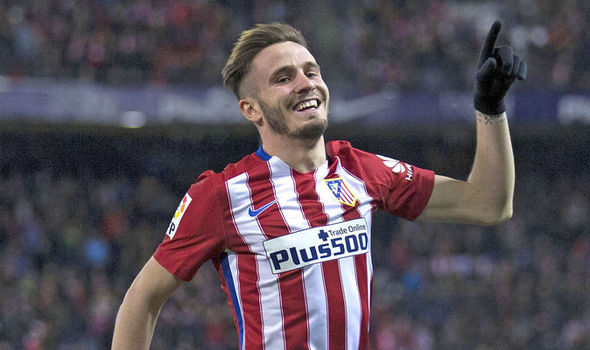 Spanish publication Don Balon have reported that Lionel Messi wants Barcelona to prioritise the signing of Saul Niguez from Atletico Madrid in the summer transfer window.

Saul Niguez progressed through the ranks at Atletico Madrid before making his first-team debut in 2012. Five seasons on, the Spaniard has established himself as one of the most integral components in Diego Simeone’s squad, while also becoming a regular fixture for the Spain national side.

In fact, the 22-year-old forms a part of El Cholo’s core group of players that have enjoyed a lot of success in recent seasons. A mainstay in midfield, Saul played an astounding 53 matches across all competitions for Atletico in 2016/17, while also chipping in with nine goals and four assists.

As the player continues to go from strength to strength, though, the interest keeps on growing in him as well.

Manchester United were one of the biggest clubs who were heavily linked with Saul before they cooled off their interest in him.

And now, Barcelona have emerged as the latest club that is set to make a move for the young midfielder this summer.

The Blaugranas endured a disappointing campaign in 2016/17, as they relinquished their La Liga title to bitter rivals while also bowing out of the Champions League in the quarterfinals.